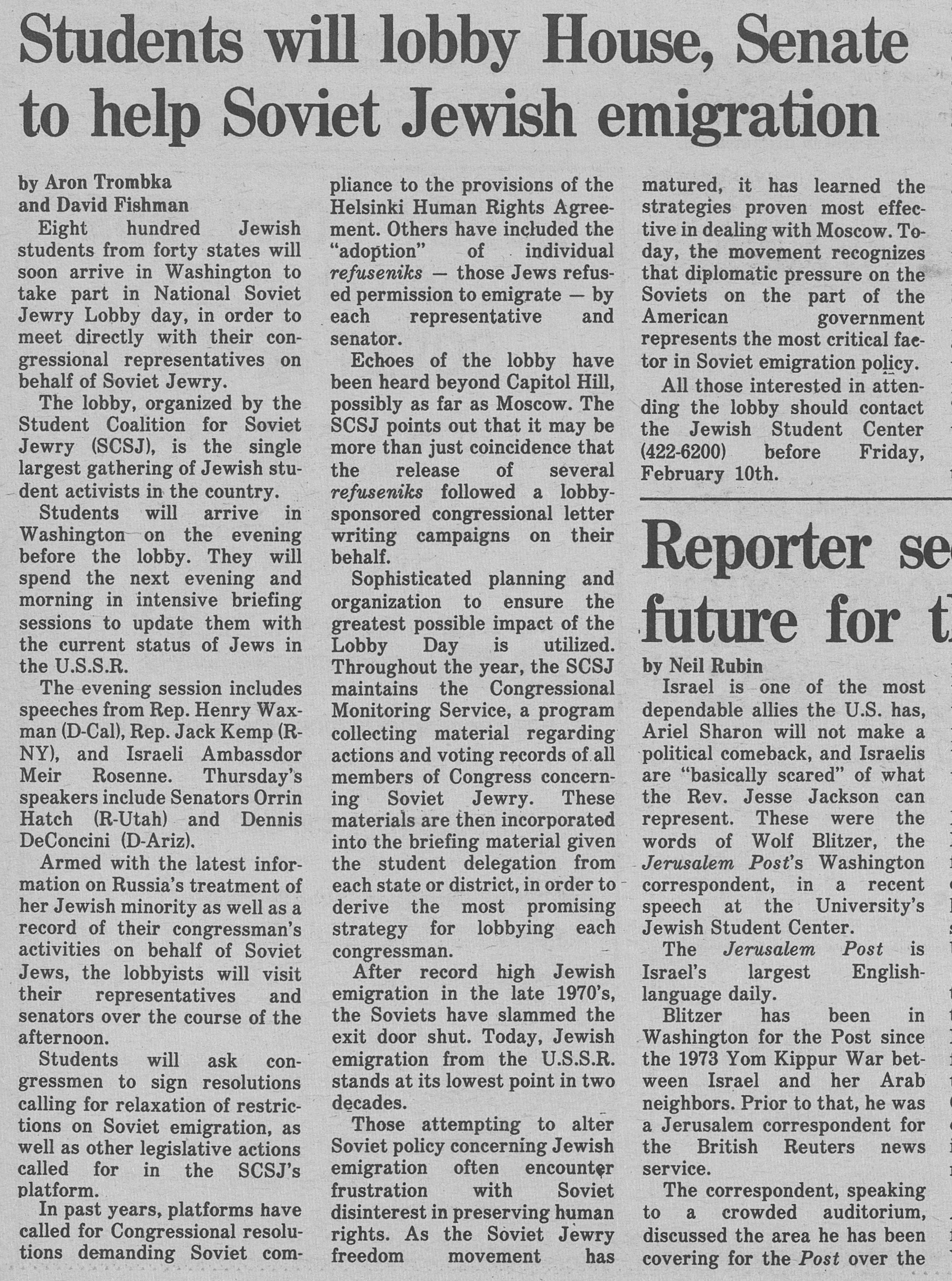 1984 - Jewish students took part in a National Soviet Jewry Lobby Day. Students lobbied congressmen to protest the treatment of Jews in the Soviet Union and called for the United States to relax restrictions on Soviet emigration. 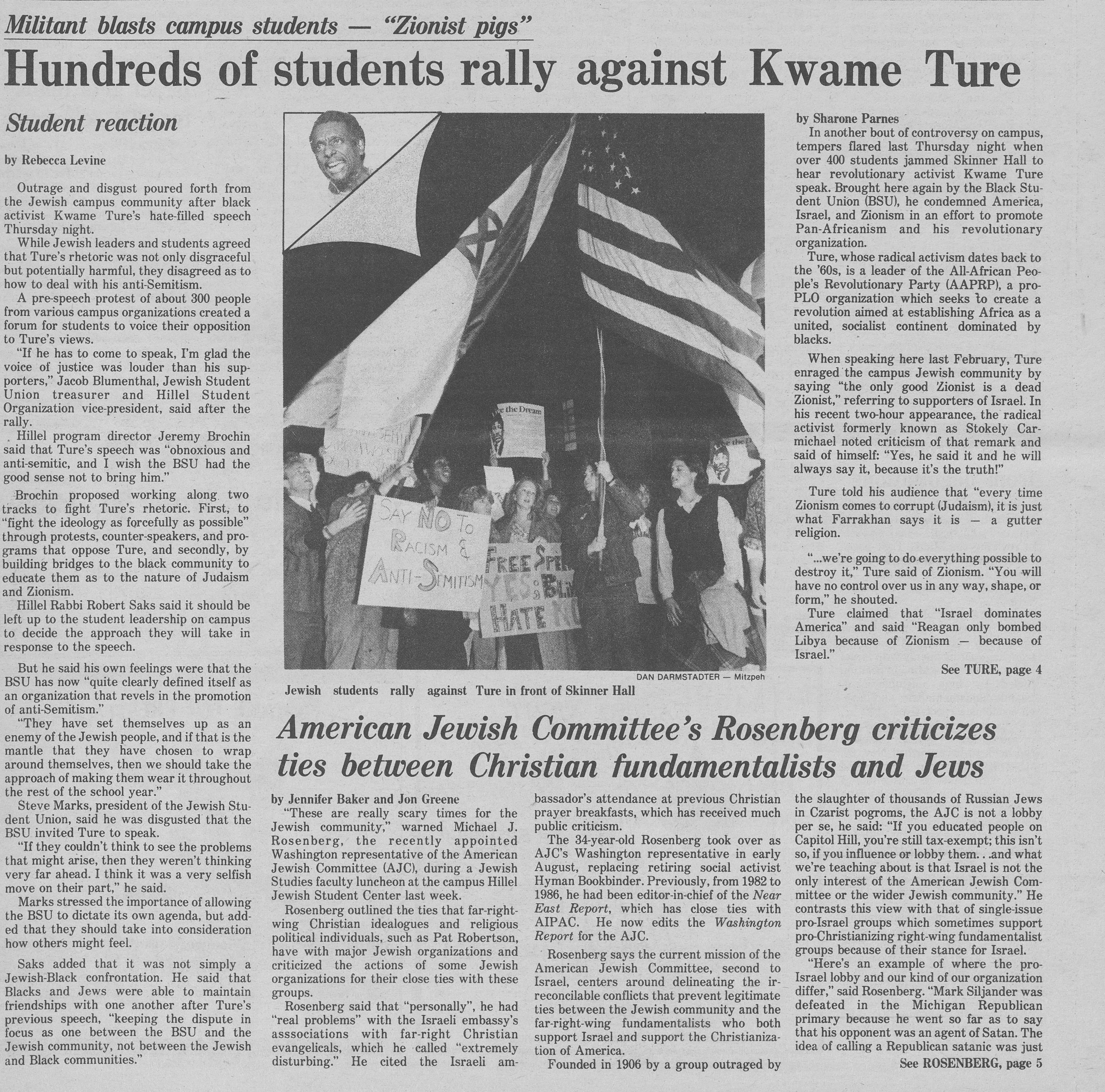 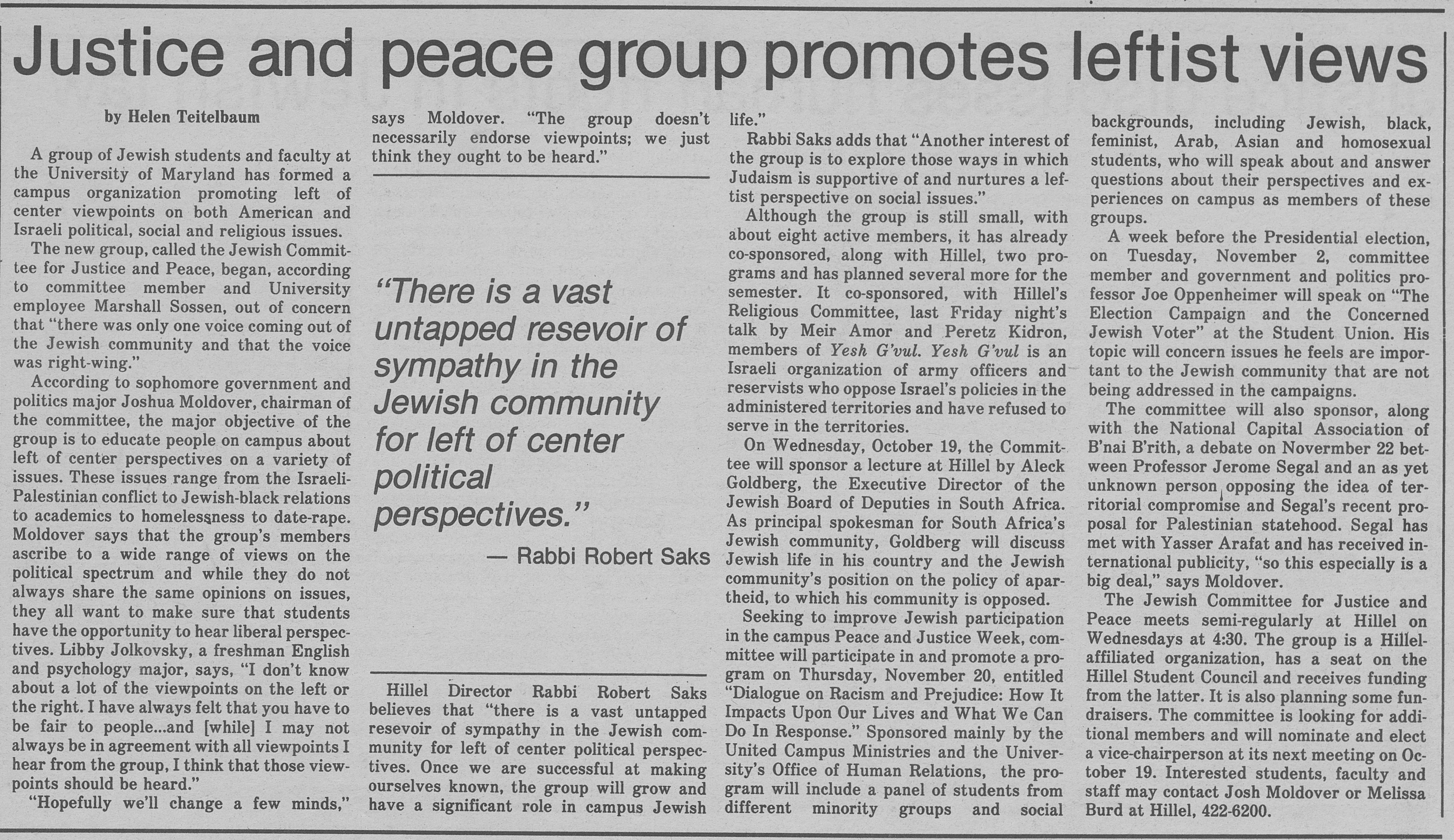 1988 - Jewish students and faculty on campus formed the Jewish Committee for Justice and Peace to counter right-wing voices in the Jewish community on campus. The group promoted leftist views on a variety of social, political, and economic issues. 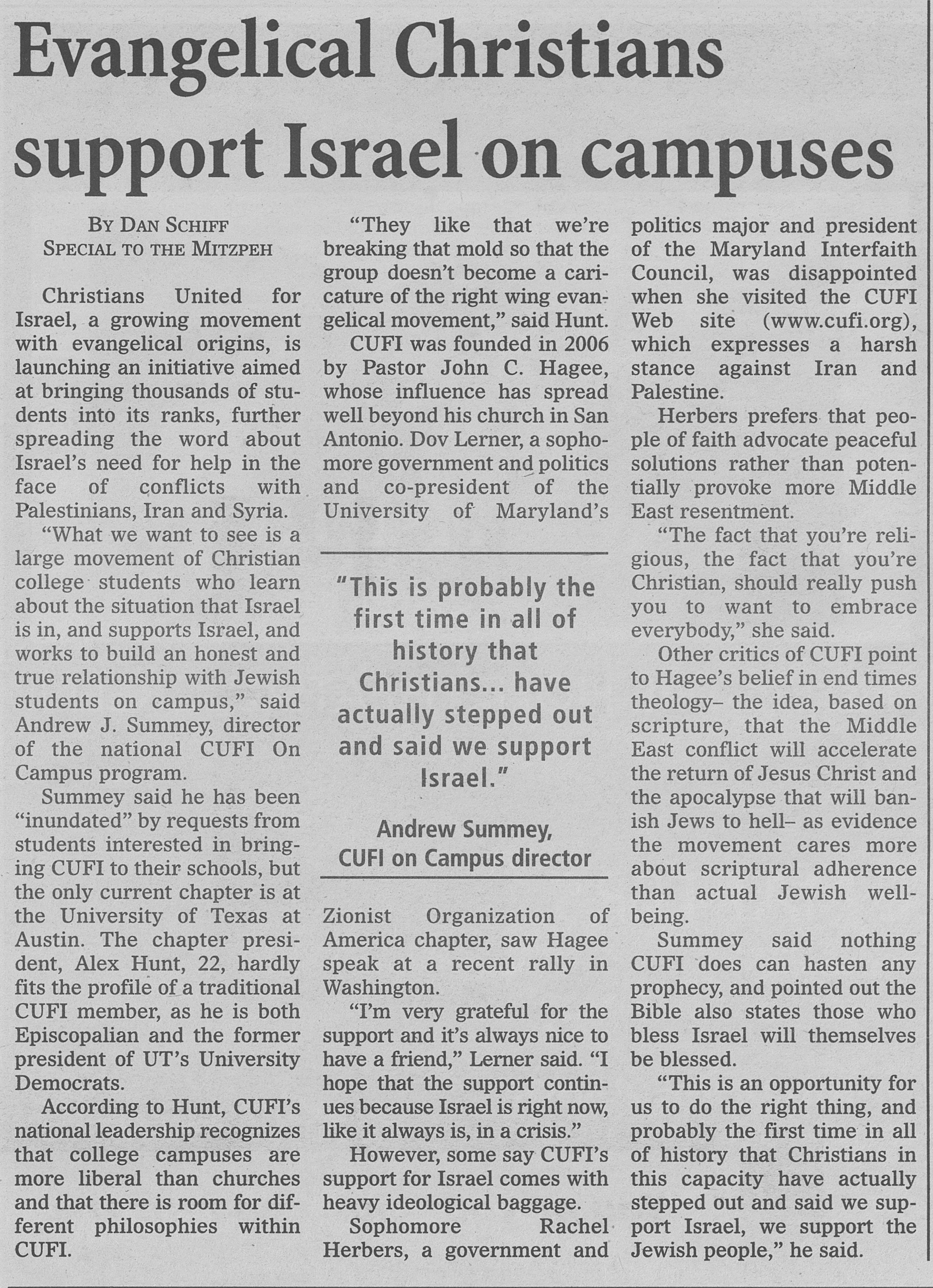 2007 - UMD students joined Christians United for Israel, an evangelical group supporting Israel. Both Christian and Jewish students on campus had mixed reactions to the arrival of this group on campus. 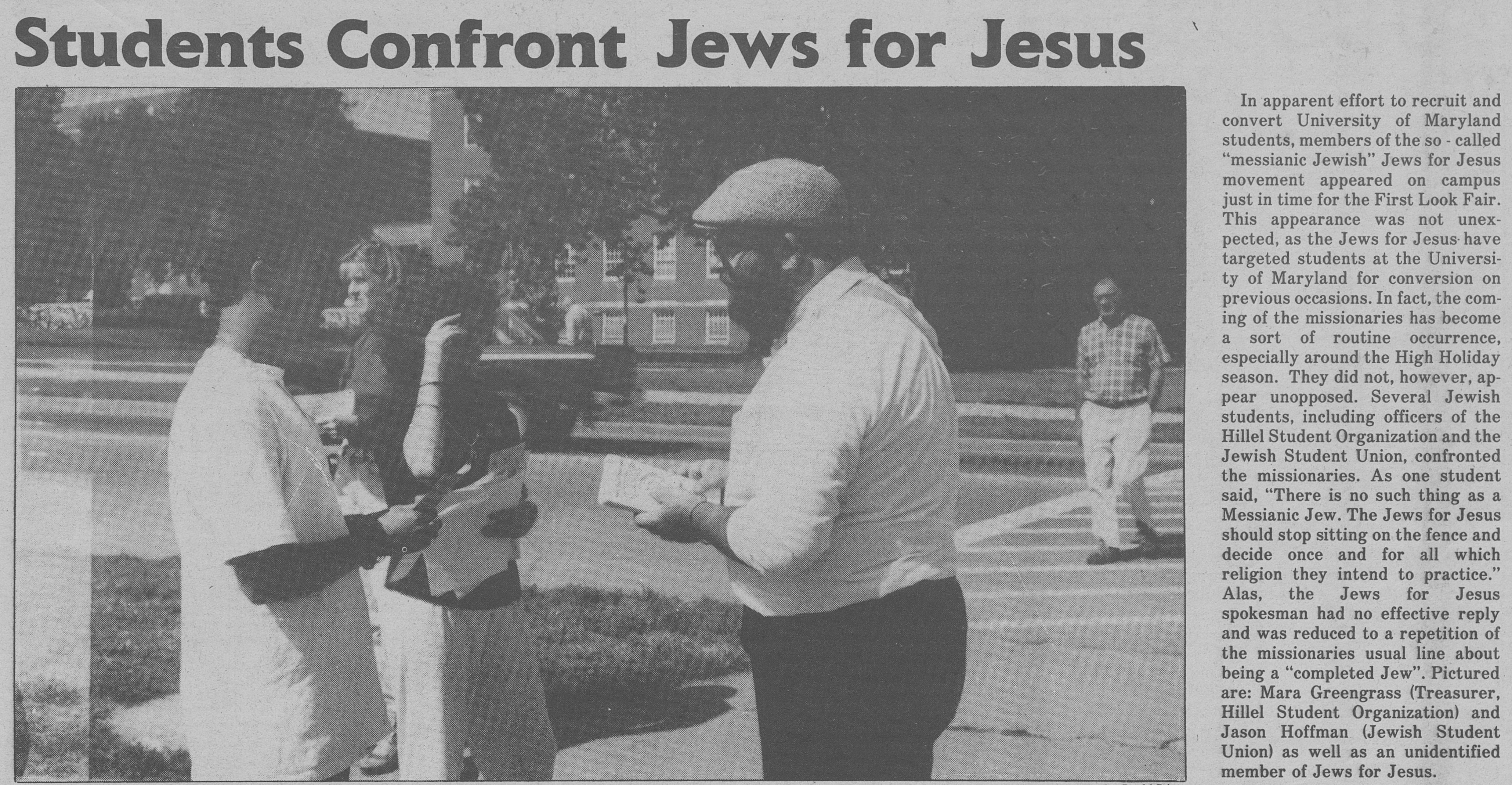 1990 - Jewish students involved with Hillel and the Jewish Student Union confronted the missionary group Jews for Jesus, arguing against their efforts to convert students at the University of Maryland. 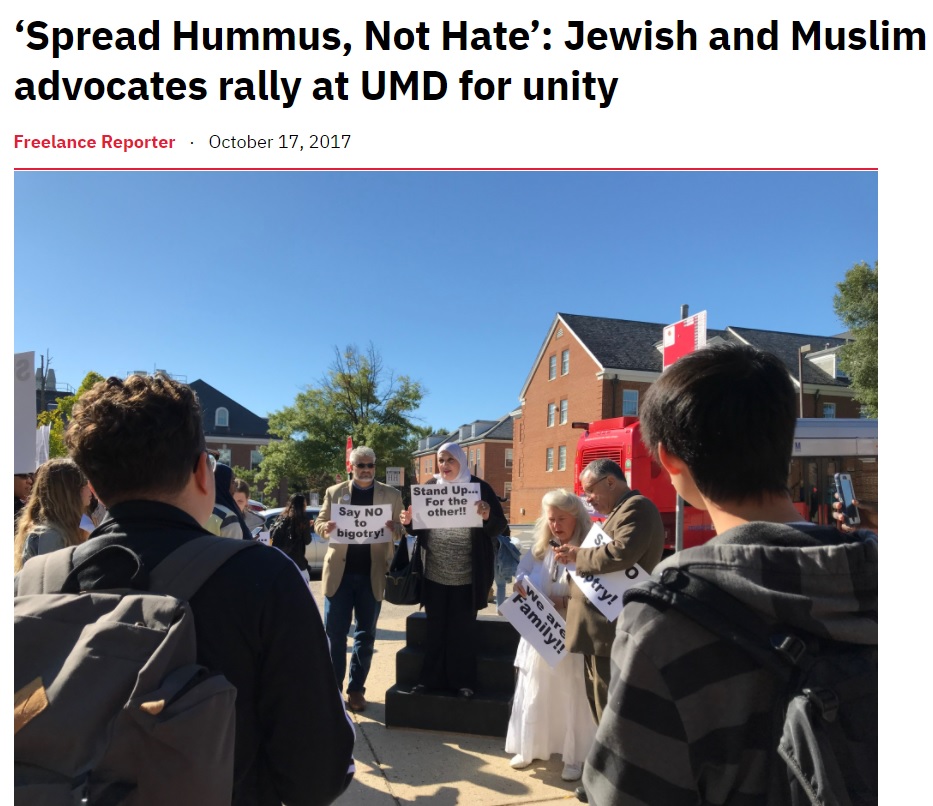 'Spread Hummus, Not Hate' Jewish and Muslim Advocates Rally at UMD for Unity

2017 - Members of the Greater Washington Muslim-Jewish Forum gathered on campus to advocate for unity amidst racial tensions in the U.S.