LGBTQ+ students and allies have been organizing on campus since at least 1969, and in 1971 the students in the Student Homophile Association (SHA) were actively advocating for themselves. Activism for LGBTQ+ rights became more commonly mentioned in the Diamondback by the late 1970s starting with the participation of UMD students in the National March on Washington for Lesbian and Gay Rights in October 1979. While it was not the first nationally organized march for LGBTQ+ rights, this march was one of the largest, and it was attended by at least 40 UMD students. After 1979, LGBTQ+ activism continued on campus, with marriage equality becoming a key issue that students rallied behind in the 2000s.

1979 - Students joined a protest in Washington, D.C. demanding an end to discrimination and advocating for gay rights. 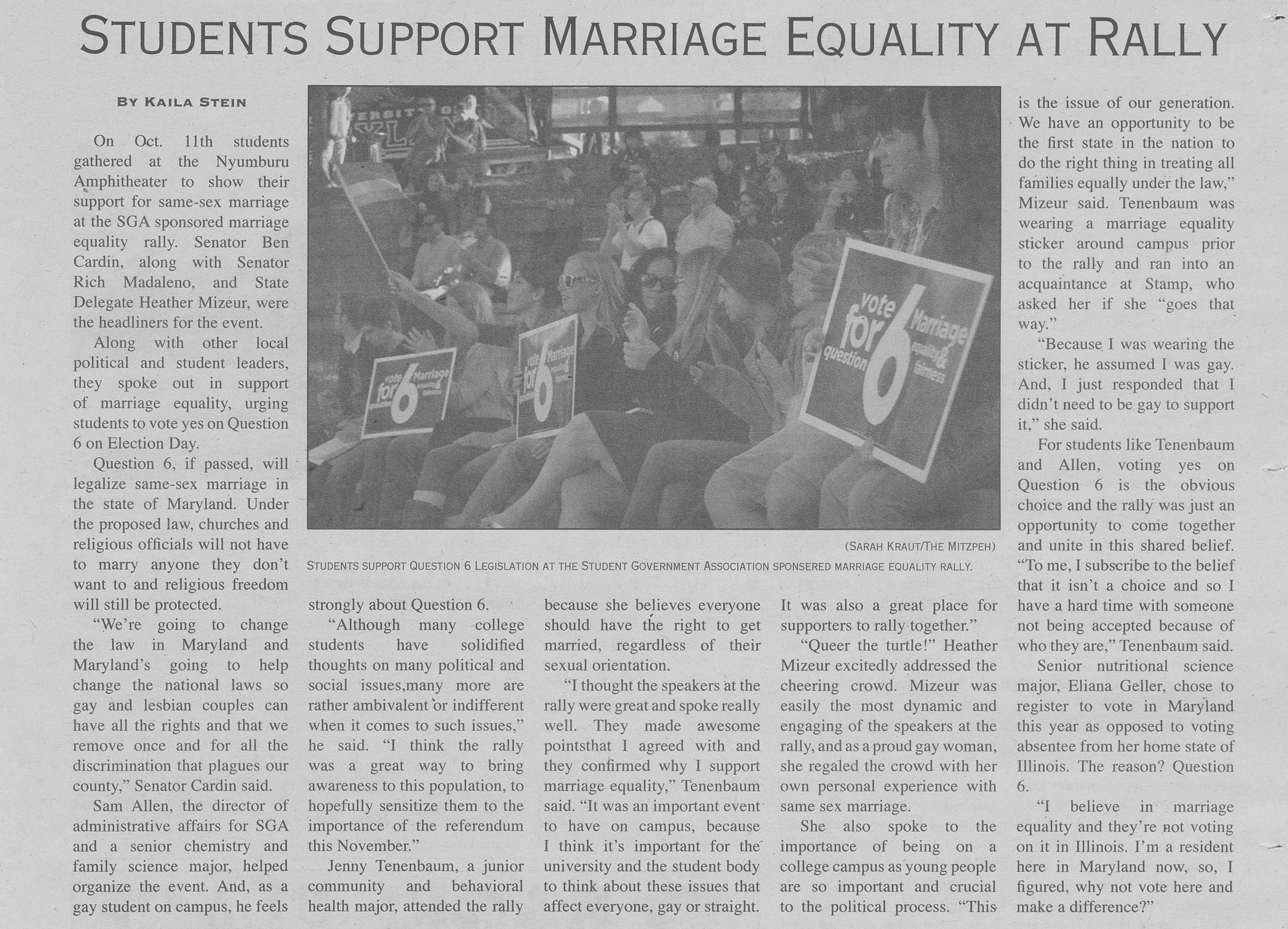 2012 - Students gathered at a rally at Nyumburu Cultural Center to support marriage equality. The students were showing their support for Question 6, a ballot initiative in Maryland that if passed would legalize same-sex marriage in the state. 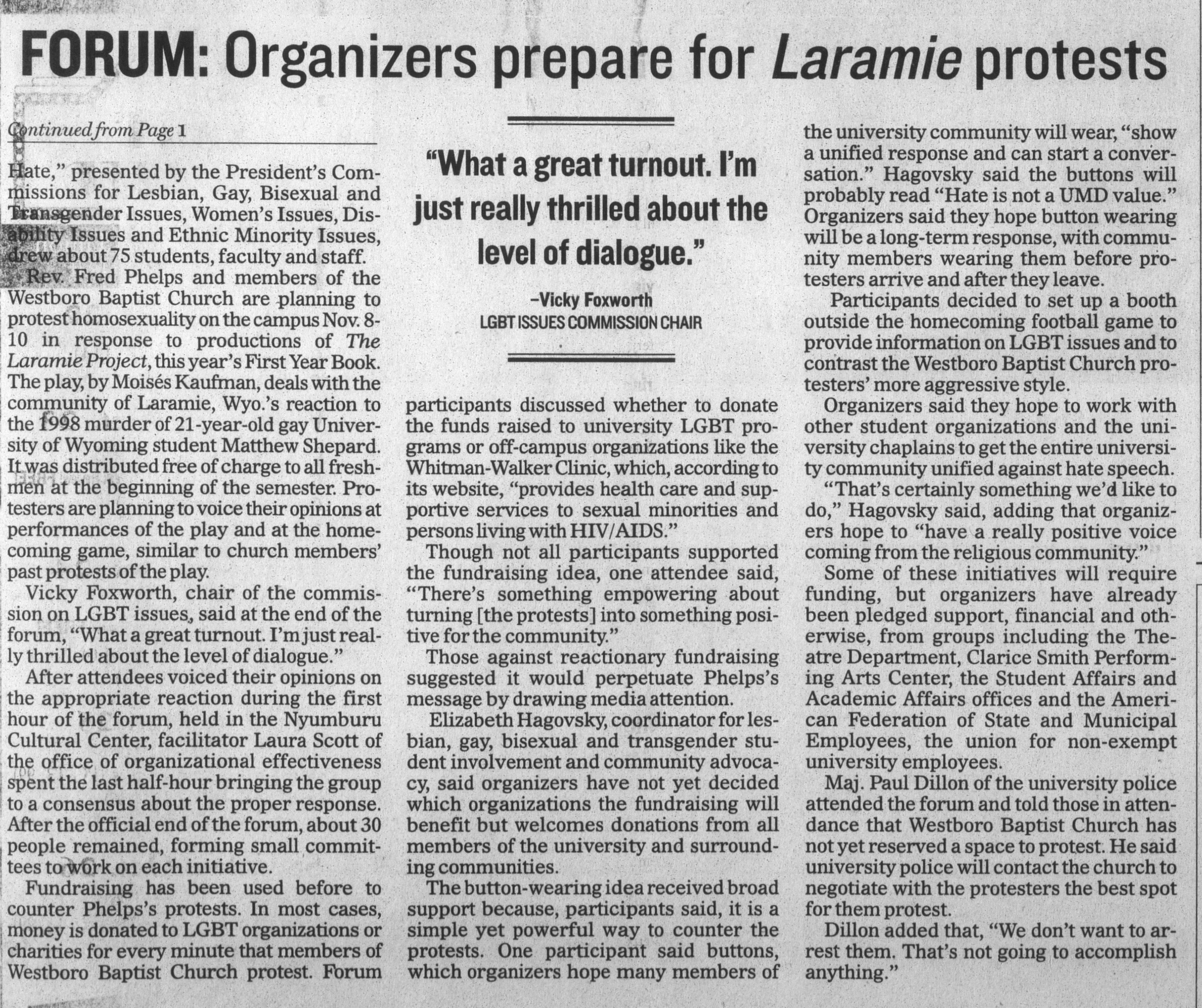 2002 - Students raised funds and organized to counter upcoming protests by the Westboro Baptist Church against The Laramie Project. Students planned to protest the Church and instead show their support for LGBTQ+ students on campus. 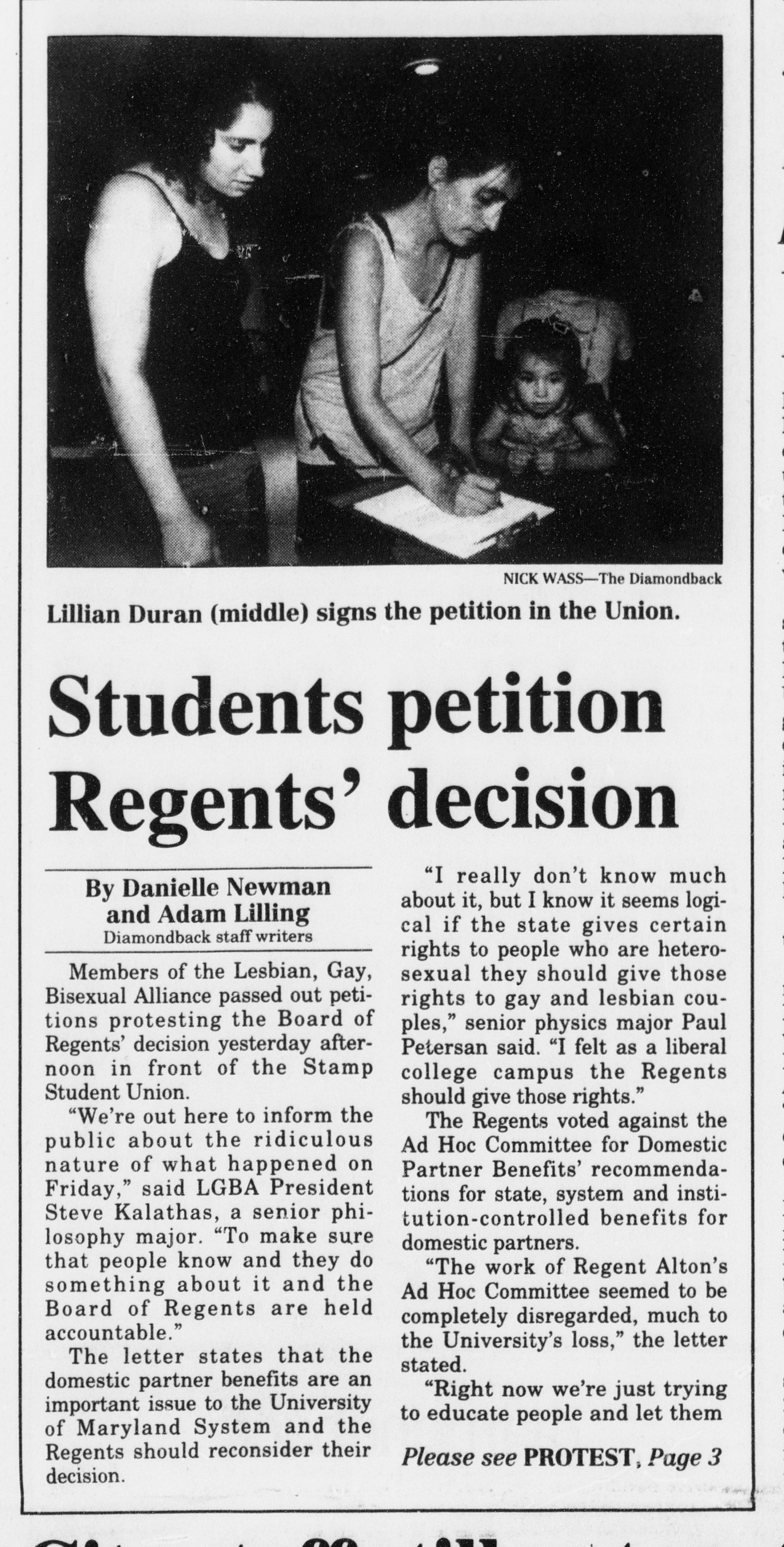 1996 - Members of the Lesbian, Gay, Bisexual Alliance protested outside the Stamp Student Union in response to the Board of Regents decision regarding domestic partner benefits in the University of Maryland System.

1996 - Article describes protests formed in response to the Christian Coalition's Conference in D.C. The article focuses on the local contingent of the Lesbian Avengers, who attended to protest the Coalition's views on gay marriage and abortion.