The majority of women's rights activism on campus documented by the student newspapers took place in the 1970s and 1980s. With the emergence of second wave feminism in the 1970s, UMD students held their own protests on campus in opposition to sexism and to raise awareness of violence against women. Students also participated in protests in support of Title IX and pro-choice legislation.

2004 - Ad for the March for Women's Lives in D.C., published in Mizpeh. The ad encourages students and UMD affiliates to join feminist campus advocates at this protest.

1979 - A group of University of Maryland female athletes and coaches protest in D.C. in support of equal funding for men's and women's athletics.

1993 - 50+ students march to "reclaim the night" protesting violence against women on campus. 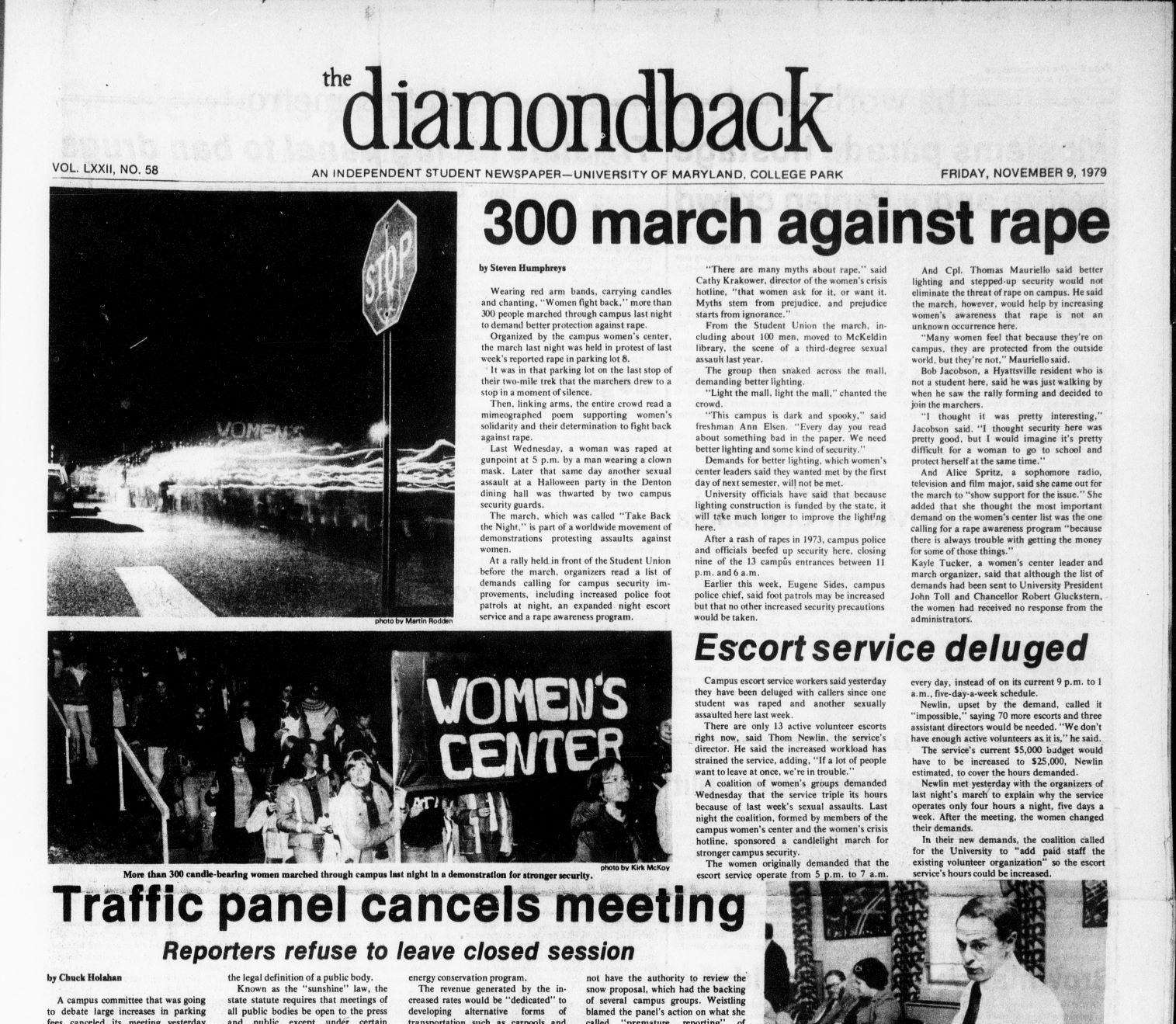 1979 - In response to the rape of a woman on campus, more than 300 people marched through campus demanding better protection for women.

1982 - Students hold a candlelight march to protest violence against women and demand better protections and safety infrastructure on campus.

1981 - Students and faculty joined a march in Washington, D.C. in support of the Equal Rights Amendment.