Students at the University of Maryland have also taken initiative in advocating for environmental issues. They have advocated for sustainability and conservation initiatives on campus in addition to supporting federal legislation to combat climate change. As members of various environmental student groups, including the Sierra Club and the Environmental Conservation Organization, these students displayed a commitment to preserving and protecting natural resources.

2001 - A University of Maryland alumna wrote an open letter to President George W. Bush about his administration’s disregard for environmental concerns. The letter was written in direct response to the Bush administration’s refusal to negotiate the Kyoto Protocol. 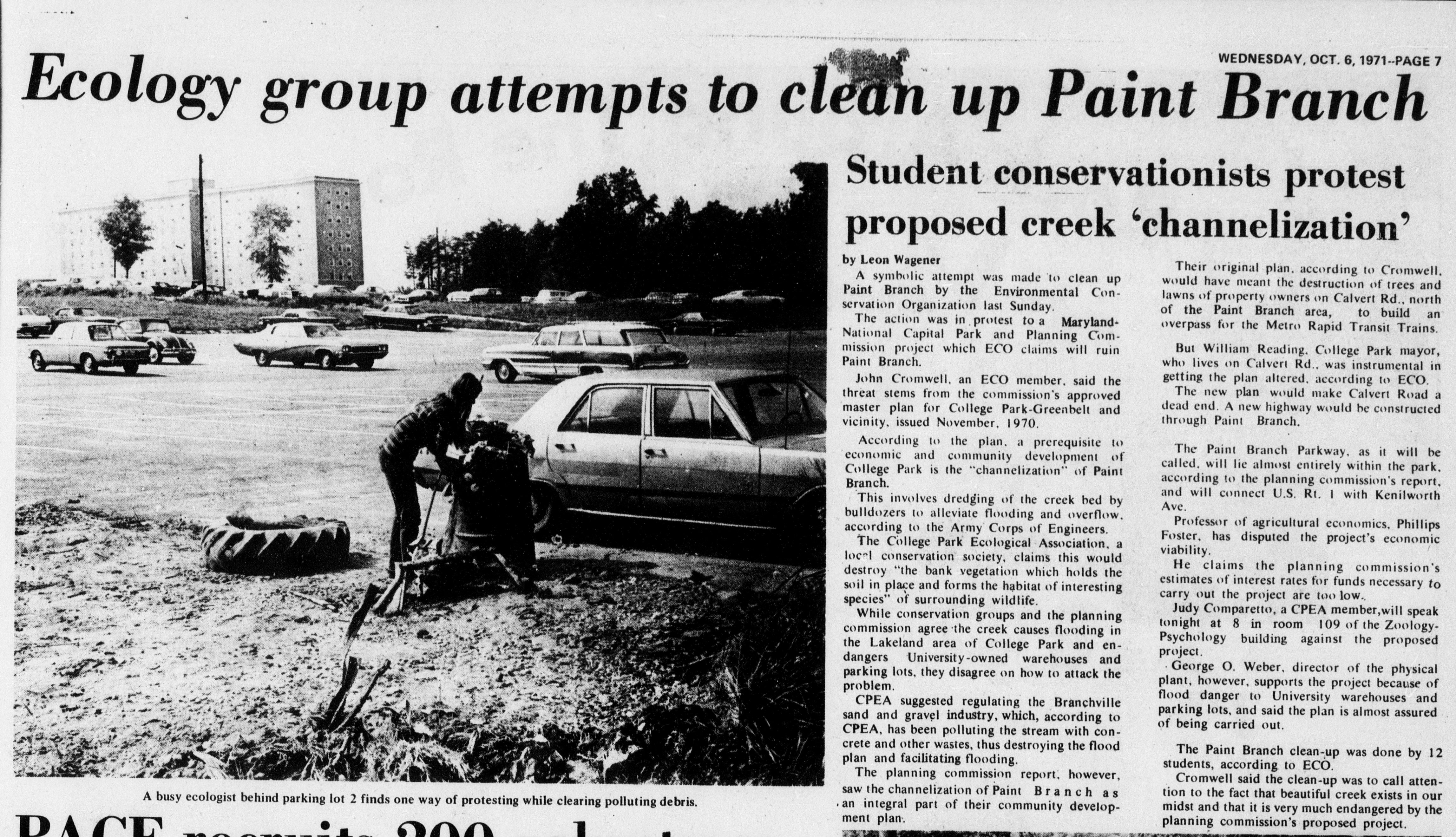 1971 - The Environmental Conservation Organization hosted a Paint Branch Creek clean up to protest a proposal by the Maryland-National Capital Park and Planning Commission to “channel” the creek. 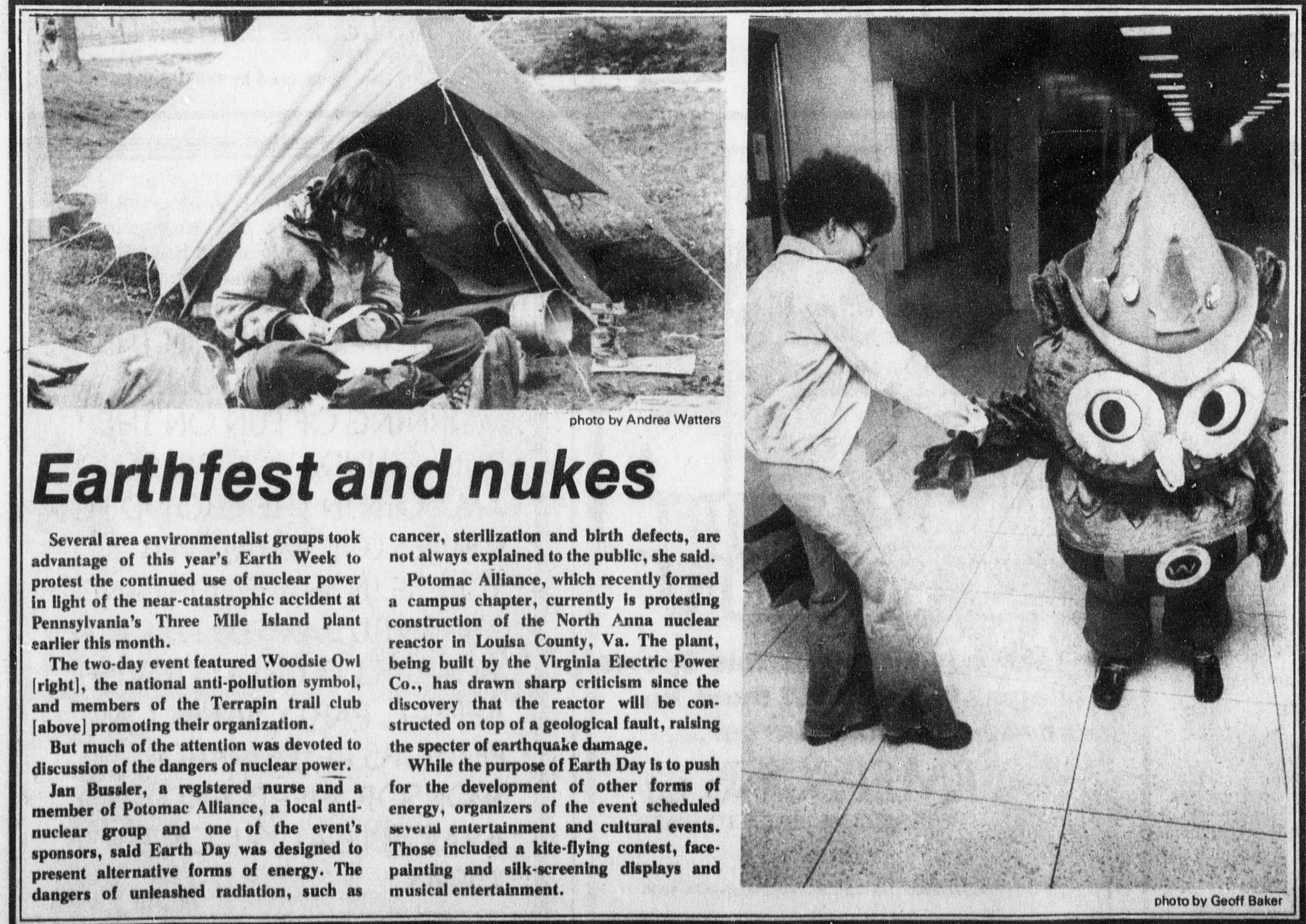 1979 - The campus chapter of the Potomac Alliance protested the construction of the North Anna nuclear reactor in Virginia during Earth Week celebrations at UMD. 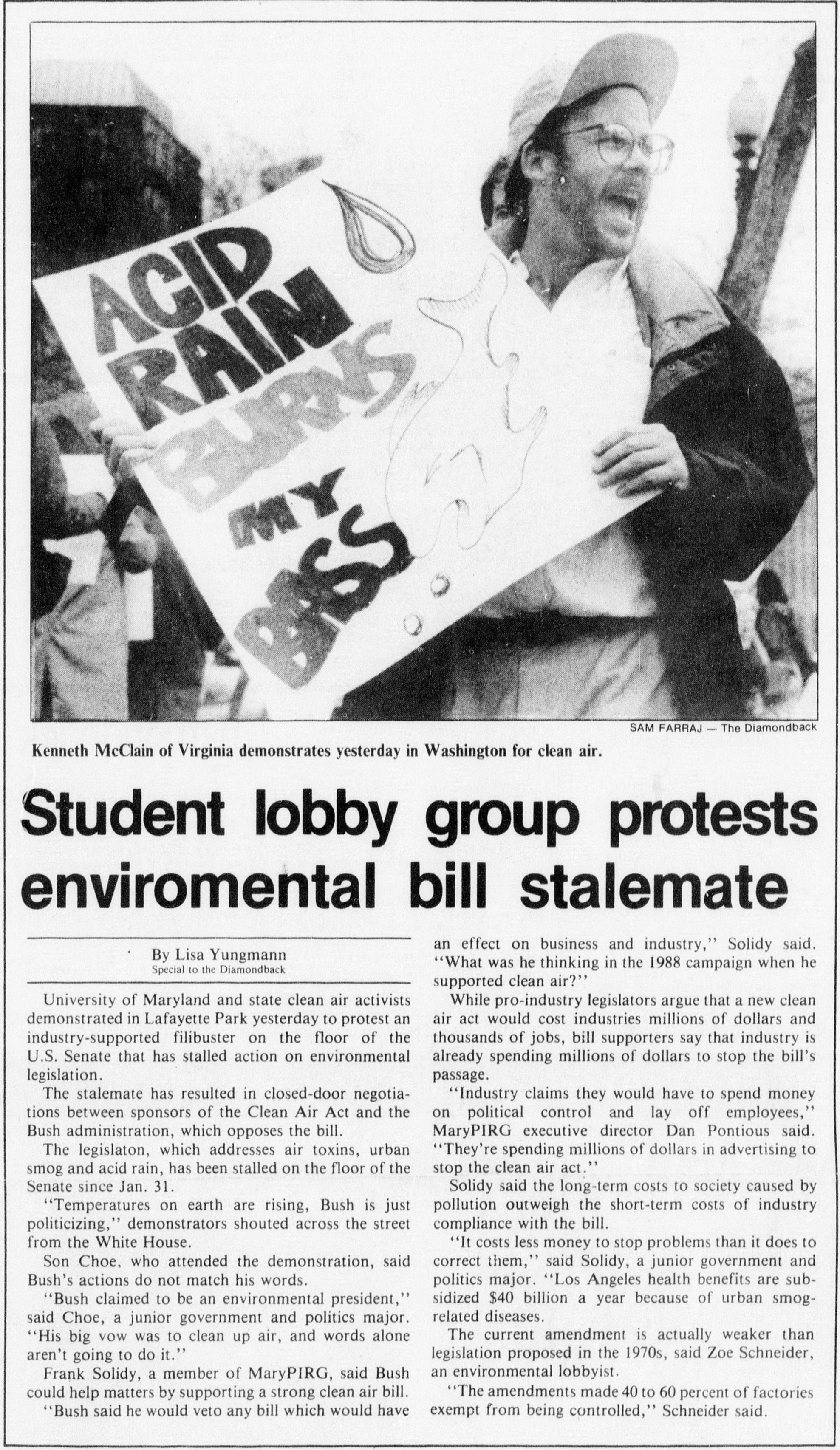 1990 - University of Maryland students participated in a demonstration in Lafayette Square in Washington, D.C. to protest a stalemate in Congress over the passage of the Clean Air Act.

1999 - The Sierra Student Coalition considered a formal protest against the construction of the new basketball arena on campus. They cited environmental problems and the “urban sprawl” of campus. 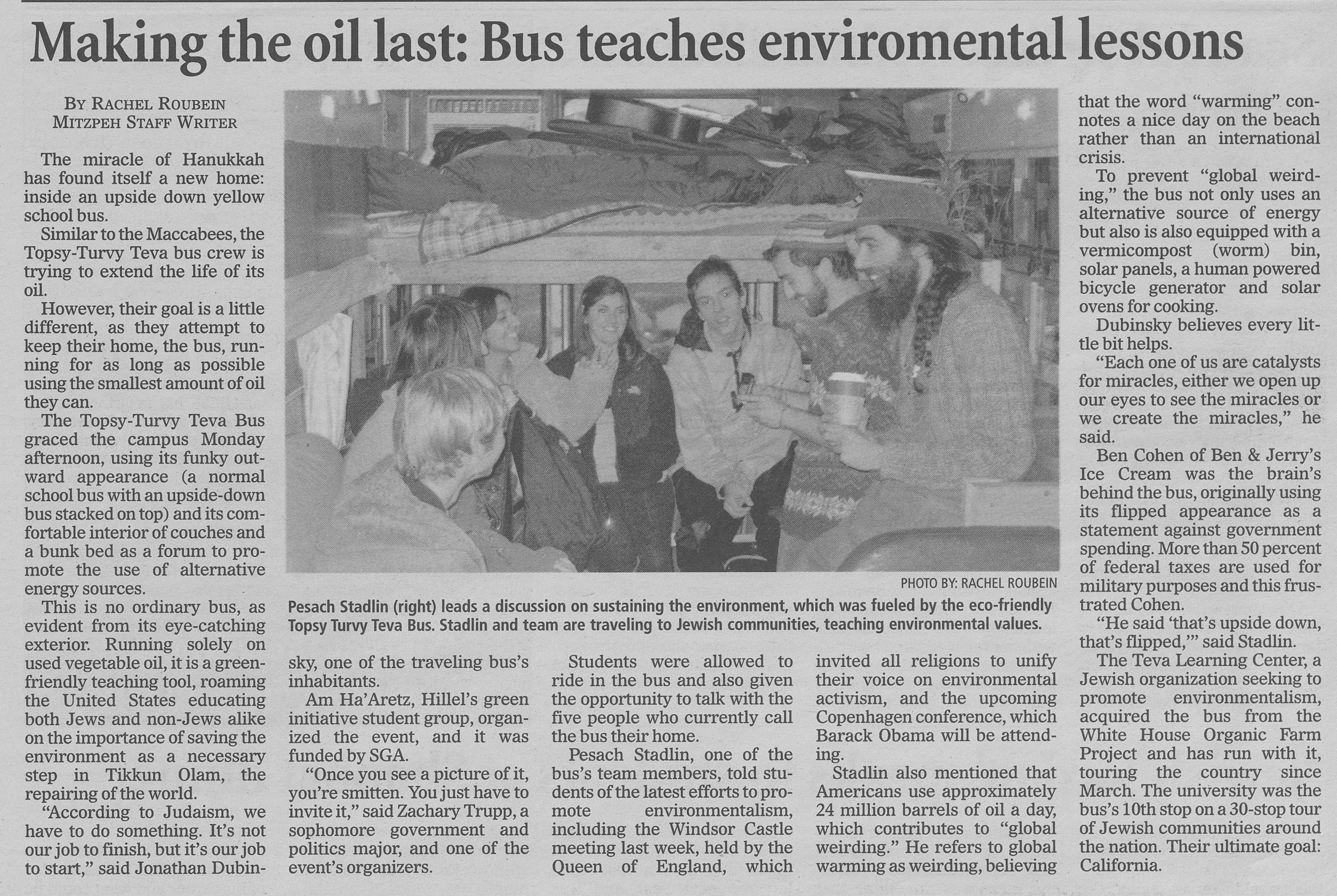 2009 - Students ran the Topsy-Turvy Teva bus, a refurbished school bus attempting to run on the smallest amount of oil possible. Running only on used vegetable oil, the bus traveled across the country teaching students about environmental concerns.