Based on records in the Diamondback, activism related to the rights of undocumented students began in earnest in 2012 with the DREAM Act. Initially passed by Governor Martin O'Malley in May 2012, the DREAM Act would allow undocumented students to pay in-state tuition for some Maryland colleges and universities including the University of Maryland. On October 25, 2012, a rally was held at the Nyumburu Amphitheater in support of the DREAM Act, encouraging votes for Article 4 in the 2012 election. The rally was organized by seniors Paola Cabello-Henry and Karen Guzman of the Lambda Theta Alpha Latin Sorority, Inc., and was attended by students, politicians, and other supporters of the act, like activist group CASA de Maryland. Since 2012, a variety of student organizations such as PLUMAS (Political Latinxs United for Movement and Action in Society) and the ProtectUMD coalition have advocated and rallied for rights and protections for undocumented students, leading to changes such as the creation of a full time Undocumented Student Coordinator position. 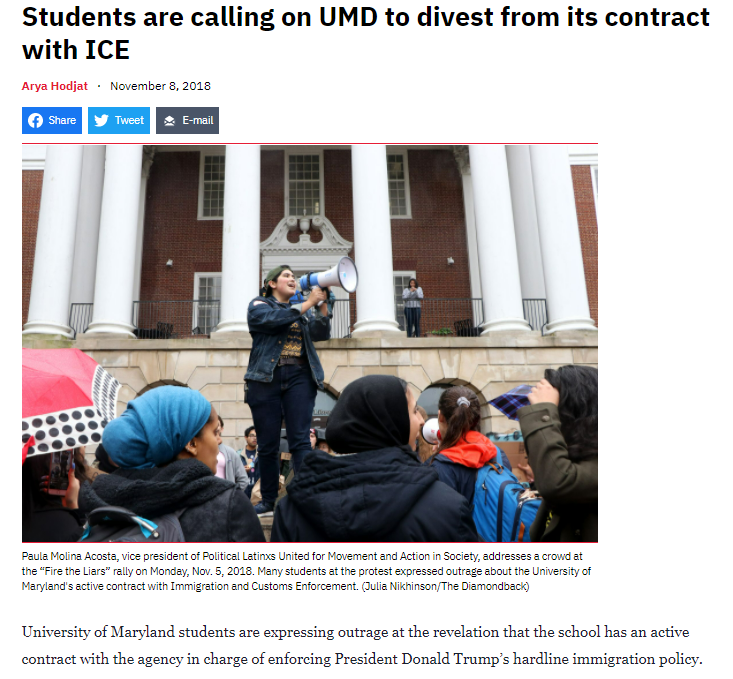 2018 - Students called for the University to divest from its contract with U.S. Immigration and Customs Enforcement (ICE). 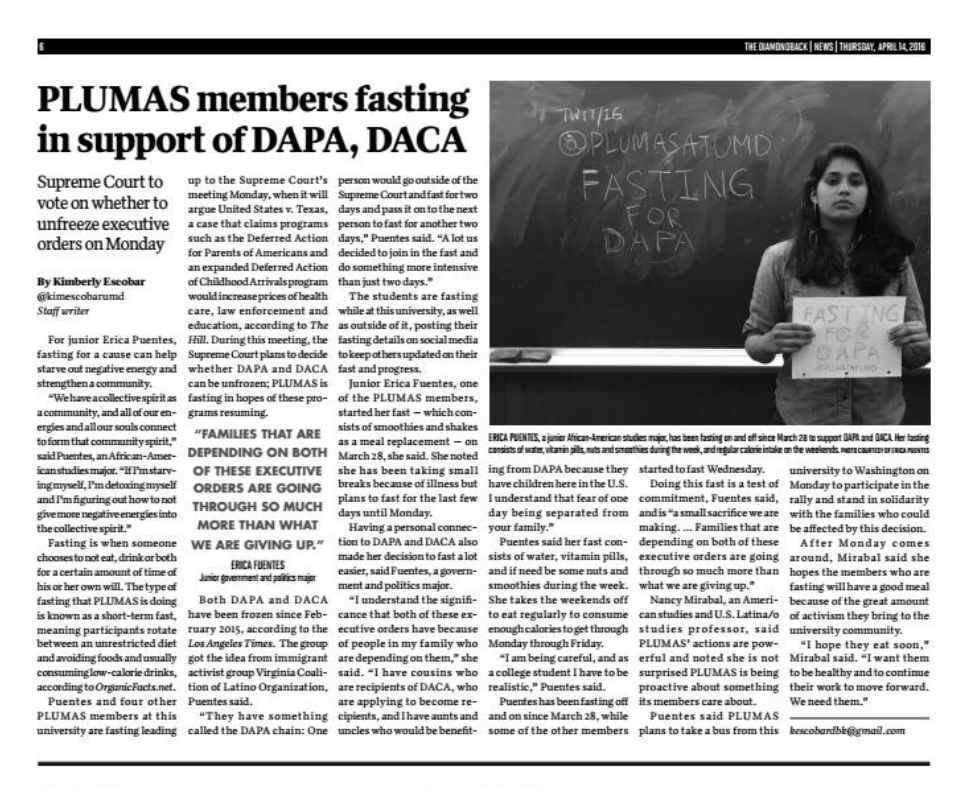 2016 - Five students in Political Latinxs United for Movement and Action in Society (PLUMAS) fasted in advance of the Supreme Court’s decision in United States v. Texas, a case that would resume the Deferred Action for Childhood Arrivals (DACA) and Deferred Action for Parents of Americans (DAPA) programs. The students fasted to show their support for the resumption of these programs. 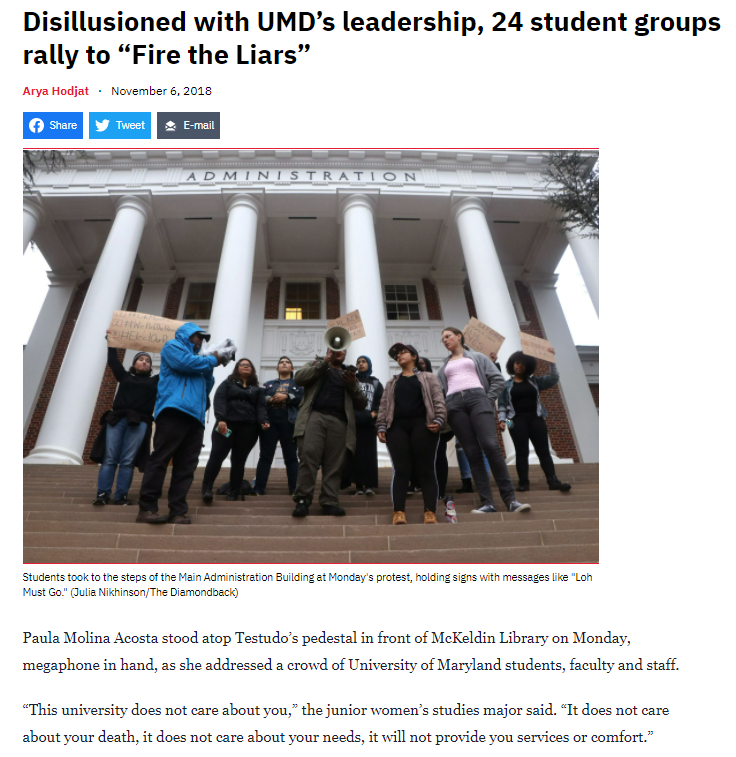 2018 - Students in Political Latinxs United for Movement and Action in Society (PLUMAS) joined with 24 other organizations on campus to host the “Fire the Liars” rally. Issues highlighted at the rally included the University’s disregard for student health, particularly in the death of student Jordan McNair, hate crimes on campus, and the University’s contract with U.S. Immigration and Customs Enforcement. 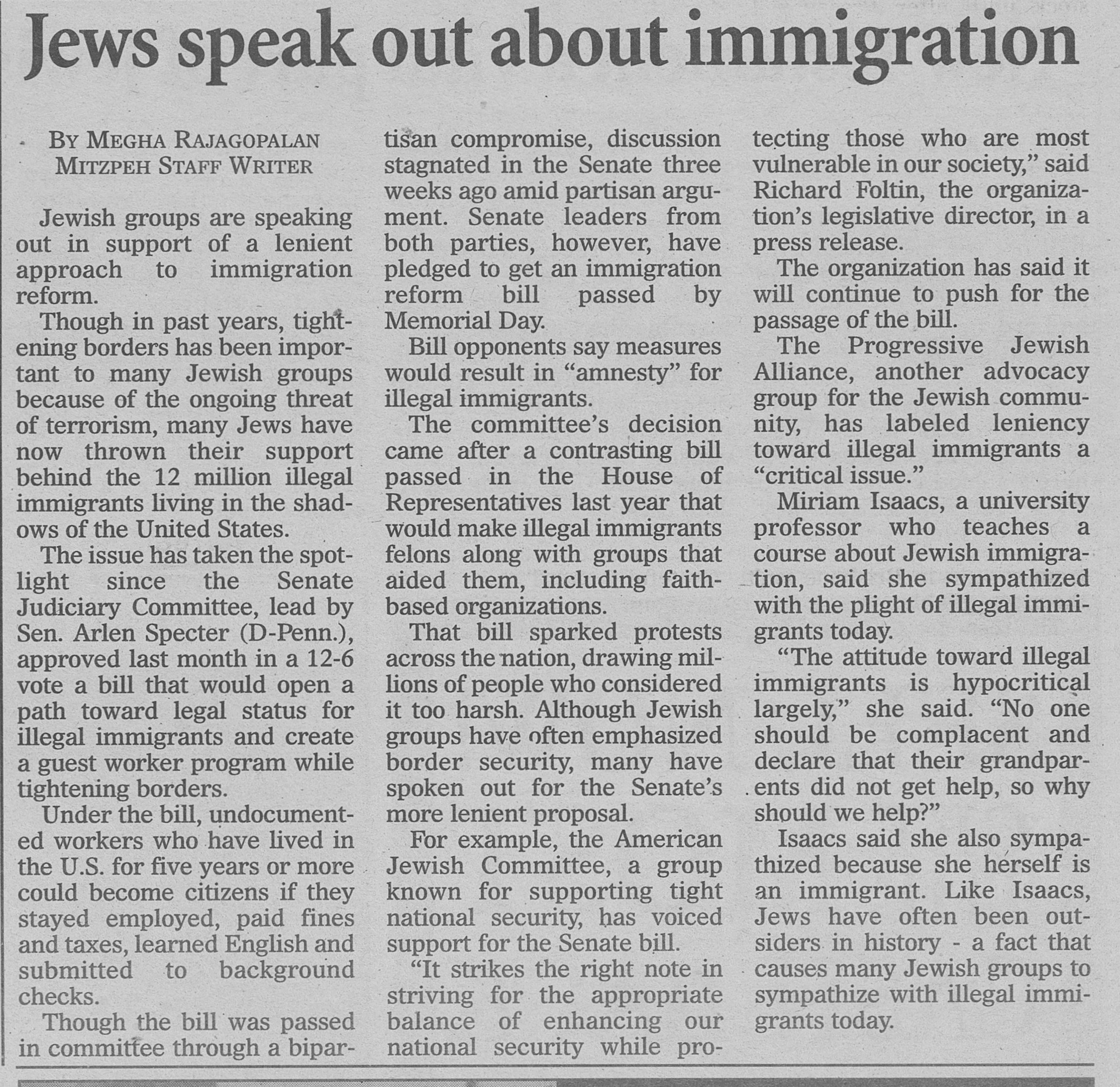 Jews Speak Out About Immigration

2006 - Jewish students on campus associated with the American Jewish Committee and the Progressive Jewish Alliance advocated for immigration reform. They lent their support to legislation aimed at providing a path to citizenship for undocumented immigrants. 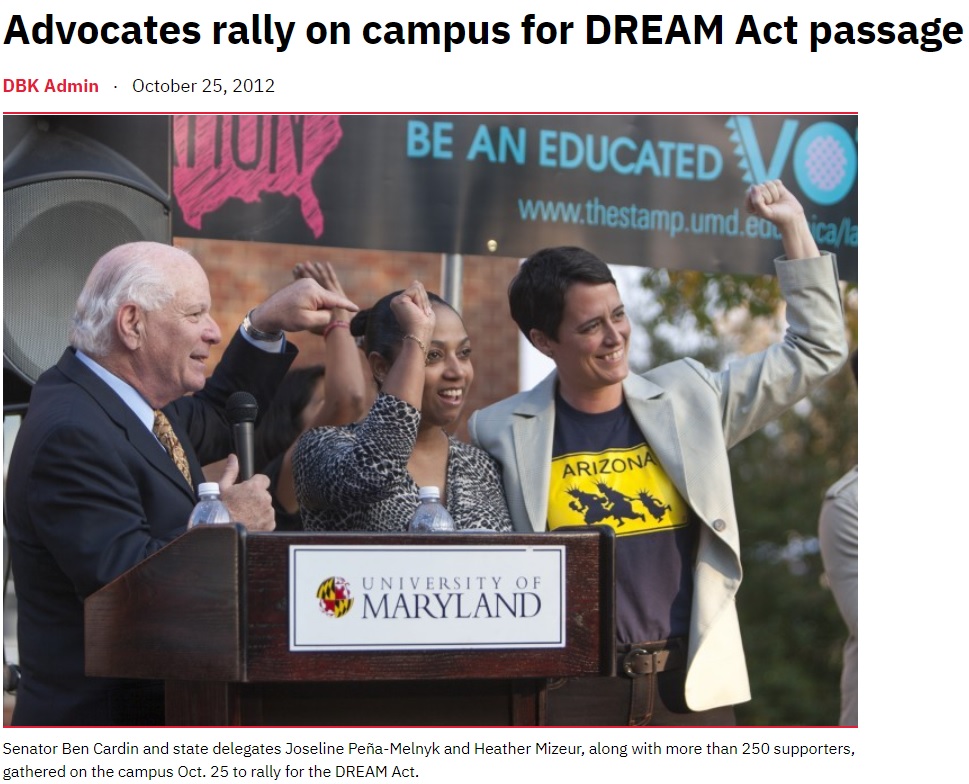 2012 - Senator Ben Cardin along with state delegates Joseline Peña-Melnyk and Heather Mizeur held a rally on campus with 250 supporters of the DREAM Act. The rally included many student participants who supported the passage of the DREAM Act. 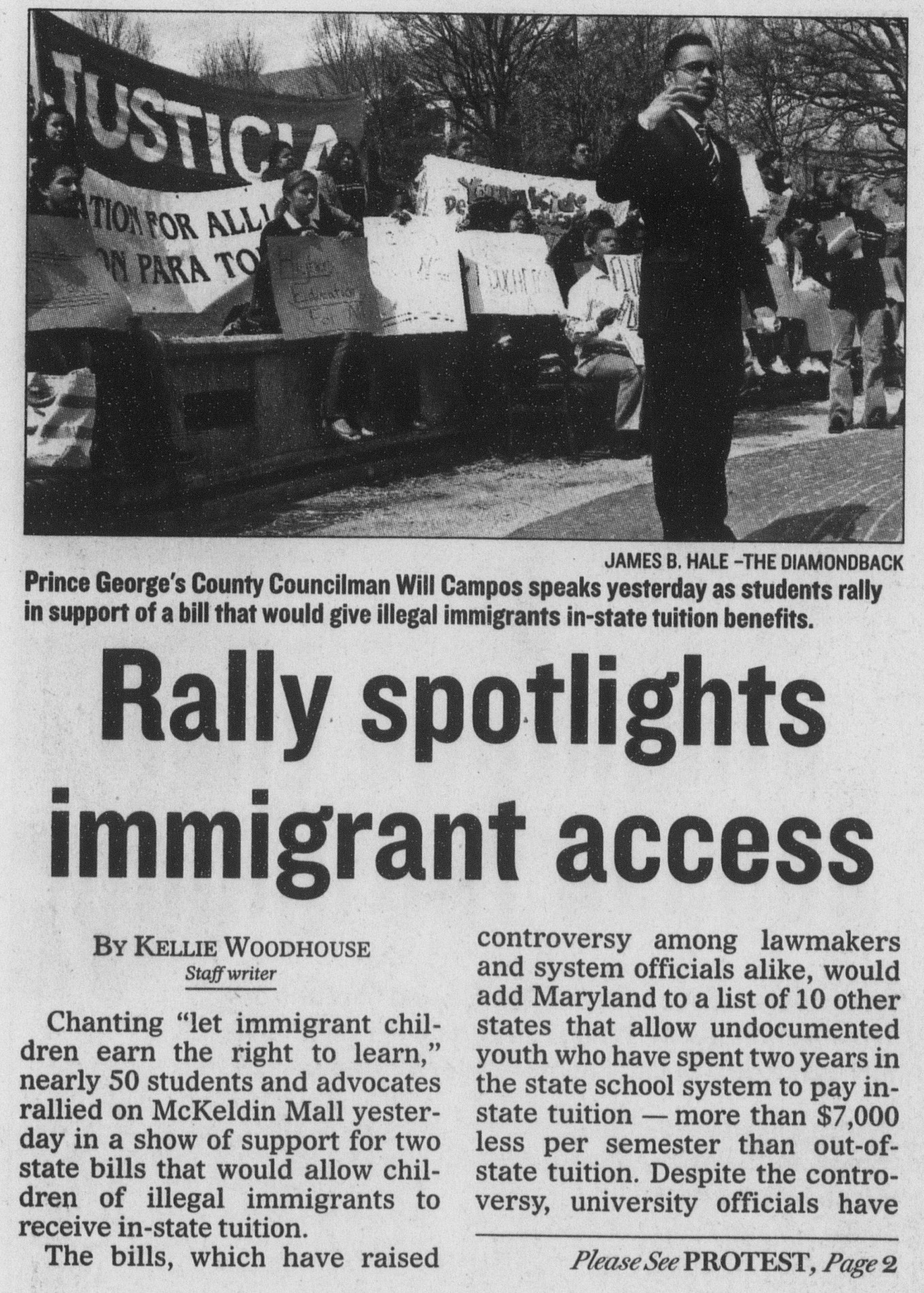 2008 - Students rallied in support of a bill that would allow undocumented youth who had spent two years in the Maryland state school system to pay in-state tuition.

University Archives does not hold digital copies of more recent Diamondback articles. Current issues and articles of The Diamondback can be found at: https://dbknews.com/.