The Diamondback began publication on January 1, 1910, under the name The Triangle. The paper changed titles multiple times until its name became The Diamondback with the June 9, 1921 issue. The different names and dates are as follows:

The UMD Student Newspaper Database contains the issues of the Diamondback and its predecessors from January 1, 1910 - August 21, 2008. From issues from 2008- present, visit http://www.dbknews.com/. 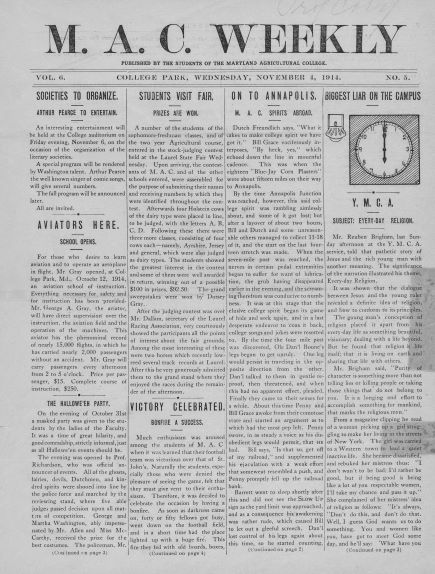 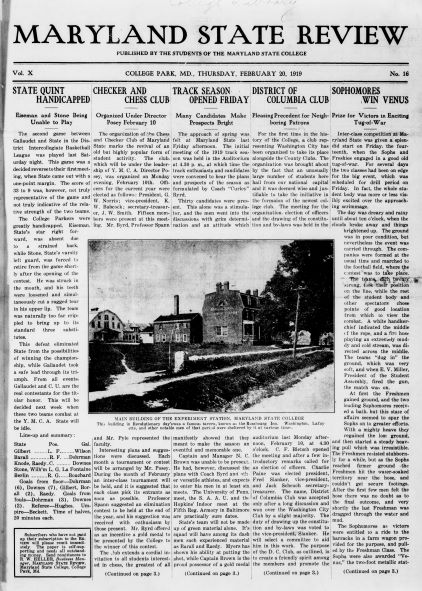 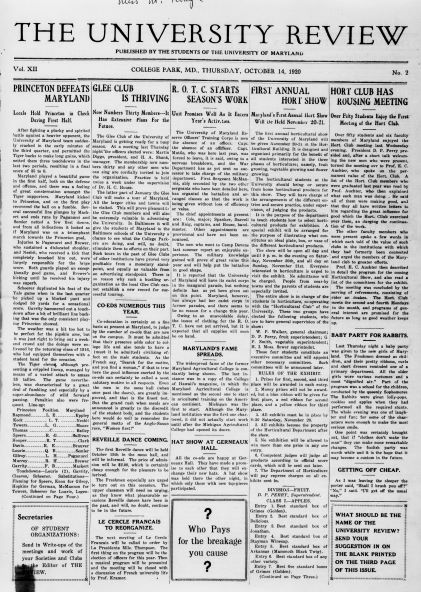 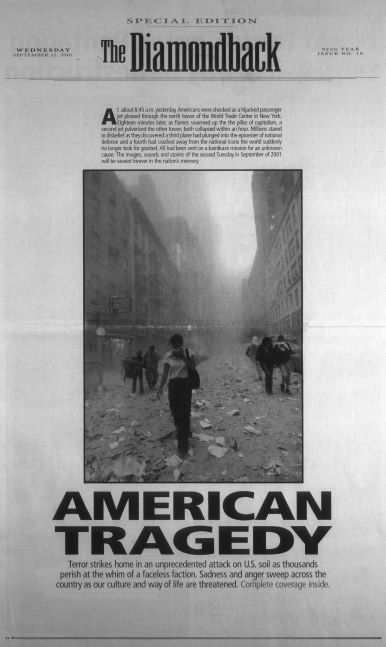 The University Archives staff have explored the Student Newspapers in an effort to learn more about student activism at the Universtiy of Maryland. A few headlines of note follow. In order to search this topic in the Diamondback, we narrowed our search to a specific decade and searched using the keyword "protest".