What is the Ethnic Press? 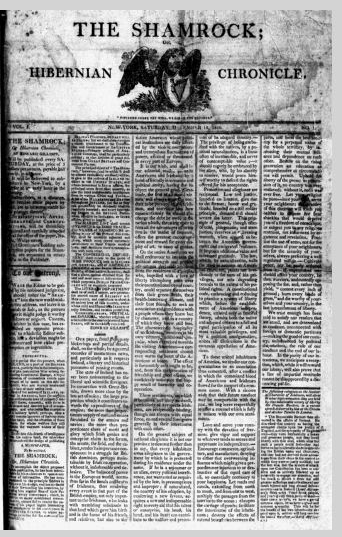 The Ethnic Press refers to newspapers published for specific audiences based on nationality, religion, and/or language.  The history of the ethnic press stretches back to the colonial period, when German, Irish, and other non-English immigrants made their way to the American colonies, forming communities and, with them, newspapers.  As the numbers and diversity of immigrants increased in the 19th Century, so too did the newspapers created to serve these populations.  Many of the newspapers are in languages other than English, comprising a sub-group known as the foreign-language press.  However, ethnic presses can appear in English as well, with a prime example being the Irish press.  This page offers some resources to help researchers learn about the ethnic press in America, as well as some tips for finding ethnic newspapers in the library collection.

Finding Ethnic Newspapers at the Library

There are several ways to go about locating ethnic newspapers in the University of Maryland system.  The route you take will depend on your specific research needs: