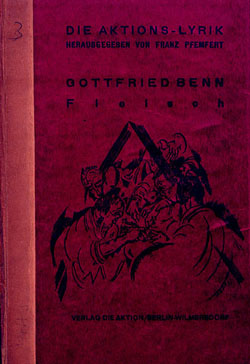 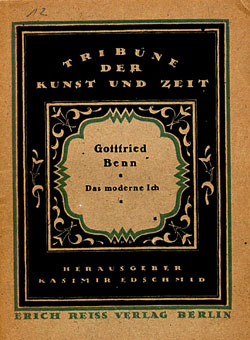 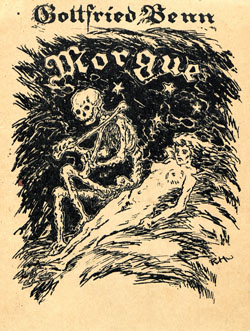 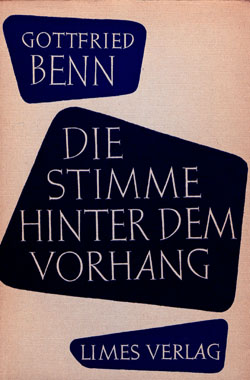 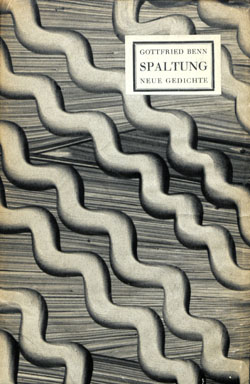 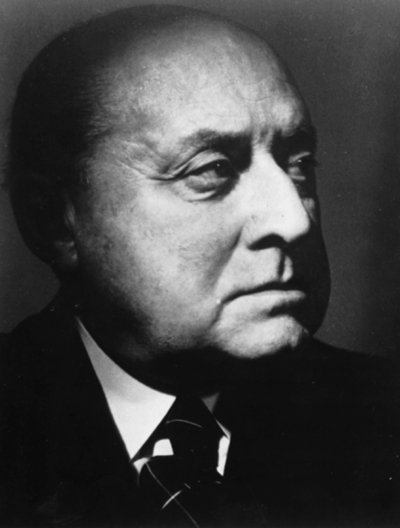 Gottfried Benn was born on May 2, 1886, in Mansfield, Germany and died July 7, 1956 in Berlin Germany.  Benn was a German writer, best known for his poetry, and was credited as being the most important poet of post-World War II Germany.

Benn is distinguished from most of the other authors within the German Expressionist collection due to the fact that he, instead of fleeing Germany in 1933 or refraining from getting overly involved with the politics of his time, chose to side with the Nazi regime and show his support for Hitler. He orally and publicly defended the regime in a radio broadcast (“a Reply to the Political Emigrants,” 1933), in the hopes that the Nazi party would take up the aesthetic form of Expressionism as their own. In 1937, he was prohibited from continued publishing, at which point he rejoined the army.  Benn played a role in the exile of Heinrich Mann from Germany.

Benn also dedicated one of his books of poetry, Der Sohne, to Else Lasker-Schüler (PT 2603.B46 S6 Rare Stacks; signed copy). 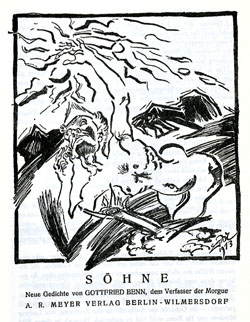