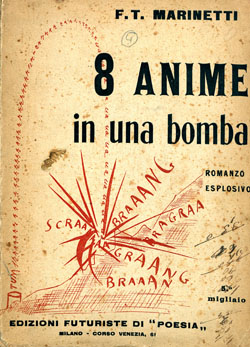 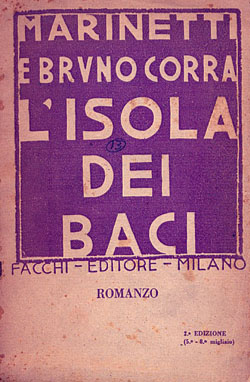 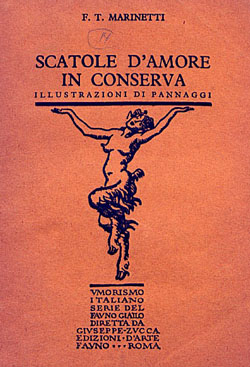 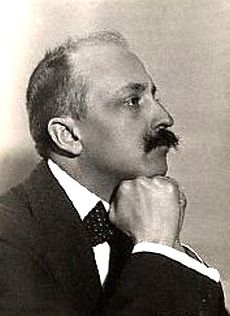 F.T. Marinetti (full name was Filippo Tommaso) was born on December 22, 1876.  He was an Italian futurist writer, probably best known for his work The Futurist Manifesto, which celebrated its 100th anniversary recently.

Both his writings and the futurist school of thought influenced many of the German Expressionist writers and their works, as well as some of the earlier works of Nazi literature, likely due to the predominant themes of thinking only of progress and forward momentum. The Manifesto advocates a movement aimed specifically toward young men, advocating the overthrow of the traditions of their fathers and fathers’ fathers, acting as a precursor to the Fascist ideology. Marinetti did not appreciate Hitler’s attention to his work and refused to be featured in an art exposition he put together.  He died on Dec 2, 1944.

While F.T. Marinetti was not himself a member of the German Expressionist movement, his Futurist work was an important influence on the Expressionists. 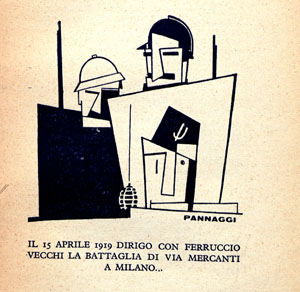