Most databases provide citation information for you. The screen shots below can show how to find it using  Ebsco and Proquest
Be careful - always double check with the main APA site or Purdue Owl 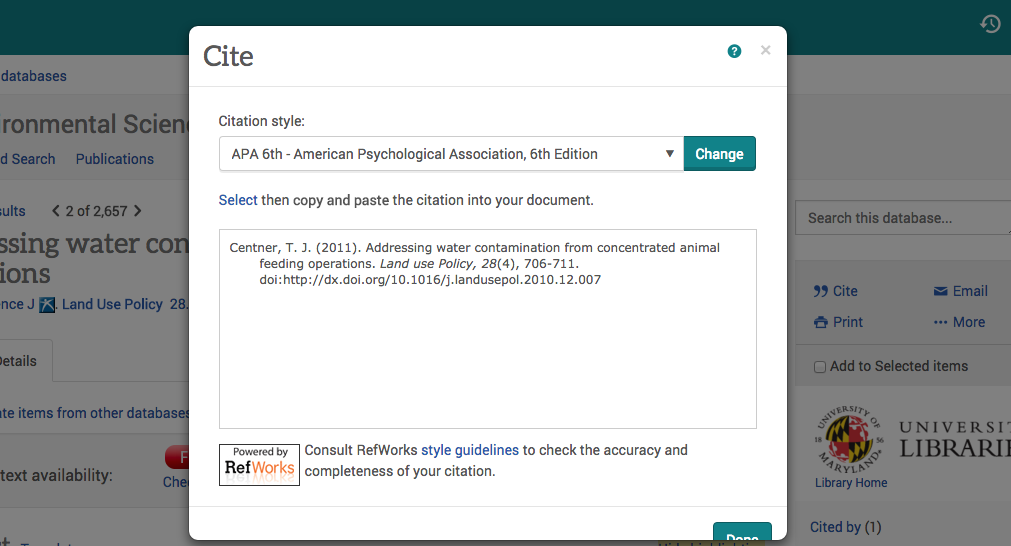 Government Reports should follow your standard APA format, the only main difference is that the Author will sometimes be an organization, or agency, rather than an individual.