This is a guide about preserving historic theaters. This guide is to provide a basic history of the theater, examples of restored theaters, orgaizations that help preserve  theaters, as well as print and eletronic resources that might be helpful to those who would like to learn more. Email or phone the subject specialist or author of this guide for more information and assistance. 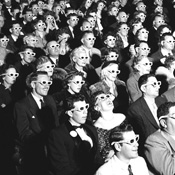 Theaters hold a special place in the hearts of many Americans. They are places of magic and invention, places where anything can, and just might, happen. From the spectacular performing arts halls built in the 19th century to the "Movie Palaces" of the 1920s to the drive-in cinema of the 50s, theaters have adapted to changing trends in entertainment with varying degrees of success. Today, as a part of a growing trend of urban renewal, many theaters are finding new life as performing arts centers, their rebirth made possible by the dedicated efforts of preservationists, concerned citizens, and community-minded civic leaders.