How and when to cite sources. 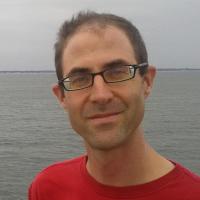 The following are things that you have to cite, including an example of each and the reason why:

Example: In Act I Scene II, Bevolio says, "One pain is lessen'd by another's anguish."

Reason: The words are not yours.

Facts or ideas that you found in another source

Examples: The estimated population of Perth is 1,700,000. Alfred Russel Wallace thought he was the first to discover a gliding frog.

Reason: The facts or ideas might be true, but when they are not reasonably considered common knowledge, you must have found them somewhere.

Example: If you reference research that you did with other people, CITE IT.

Reason: Those other people deserve credit too.

Example: When you paraphrase, avoid just mixing up the order of the original passage or keeping the exact structure of the passage and just finding synonyms. Use your own interpretation and CITE any references to the original.

Reason: Paraphrasing isn't just messing with the sentence until it is unrecognizable. It means putting others' ideas within your larger context, while still attributing ideas and conclusions to their rightful creators.