About Military Records and Reports

Military reports are a rich primary source for researching the Civil War.  They often contain information about the movements of individual regiments, military strategies and plans, conditions on the battlefield, and the overall experience of soldiers during the war. 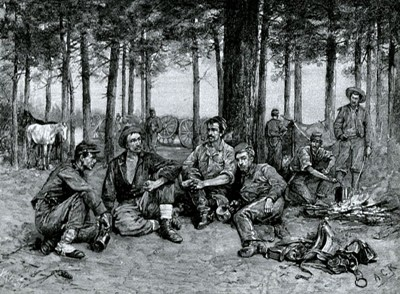 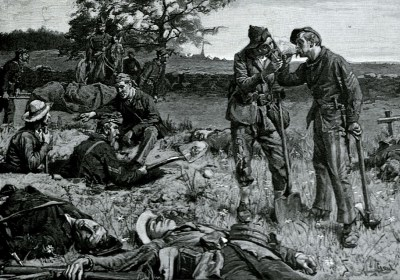 As with any primary source material, it is important to carefully identify who is creating the document and consider the flaws and bias within these documents.  Because many Civil War military records and reports were written in quickly and generally not edited for inaccuracies, it is always important to double check facts and be careful to always cite the sources you use for your research fully and accurately.

Image: (Top) Artillery Fighting at Gettysburg. "Confederate Artillerymen at Dinner." Battles and Leaders of the Civil War; Being for the Most Part Contributions by Union and Confederate Officers, Vol. 3, Pg. 359.

Image: (Bottom) "Between the Lines During a Truce." Battles and Leaders of the Civil War; Being for the Most Part Contributions by Union and Confederate Officers, Vol. 3.

Below is a selection of military records and reports pertaining to the Civil War that are available in the Maryland Room. Additional titles can be searched using the online catalog.