Explore this Libguide and learn more about Pete Seeger's life and works in the Michelle Smith Performing Arts Library.

Son of pianist Nadia Reisenberg, and nephew of thereminist Clara Rockmore, Robert Sherman (b. 1932) is a renowned radio broadcaster, author, and educator whose noteworthy career spans from the 1950s to today. At radio station WQXR in New York, Sherman worked as the Music Director and Program Manager, and he is best known for hosting numerous programs, including "Woody's Children" and the nationally broadcast "The Listening Room." As an author, Sherman became a regular columnist for The New York Times starting in 1964 and also published several books on music. He began lecturing at New York University in 1969, the start of his active career as an educator. Sherman, who celebrated his 80th birthday in July 2012, is still active today as a broadcaster, narrator, lecturer and author.

The Robert Sherman Collection consists of both personal and professional papers including scripts, recordings, writings, correspondence, event programs, clippings, photographs, and awards related to Sherman's work as a broadcaster, author, and educator. Among the most significant holdings include recordings of his programs "Woody's Children," "The Listening Room," and "Young Artists Showcase," and correspondence with numerous renowned artists such as Clara Rockmore, Nadia Boulanger, Pete Seeger, Aaron Copland, Henry Cowell, and Leopold Stokowski.

Correspondence between Pete Seeger and Robert Sherman, Special Collections in Performing Arts, Sherman Collection
In this undated note to Sherman, Pete Seeger references upcoming folk festivals and mentions a project close to his heart: during the late 1960s, Pete began his advocacy for cleaner water on the Hudson River and its surrounding wetlands and waterways. Seeger and his wife Toshi raised money to build a 106-foot sloop that became a symbol for antipollution efforts and education, and the Clearwater was launched in June 1969 with a crew of musicians. The Hudson River Sloop Clearwater, Inc. organization is still in existence today, and sponsors an annual music and environmental festival, the Great Hudson River Revival. (Series 7.6, Box 41, Folder 1, Item 27.0) 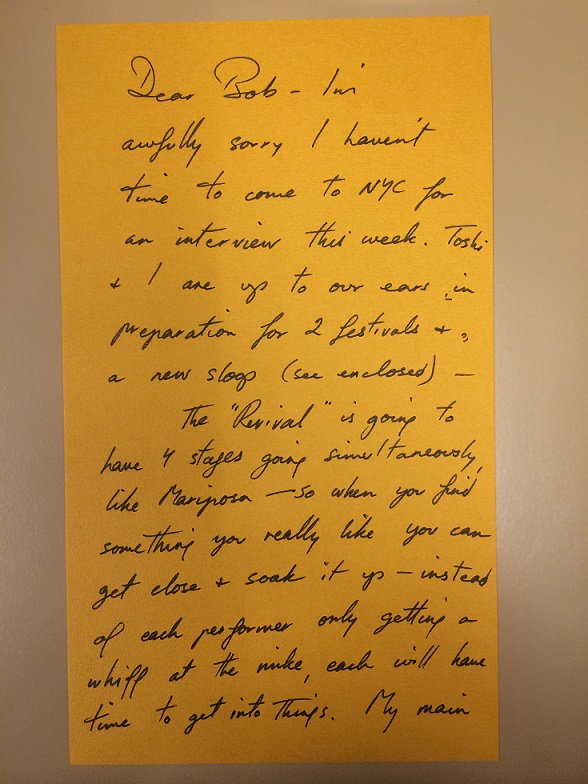 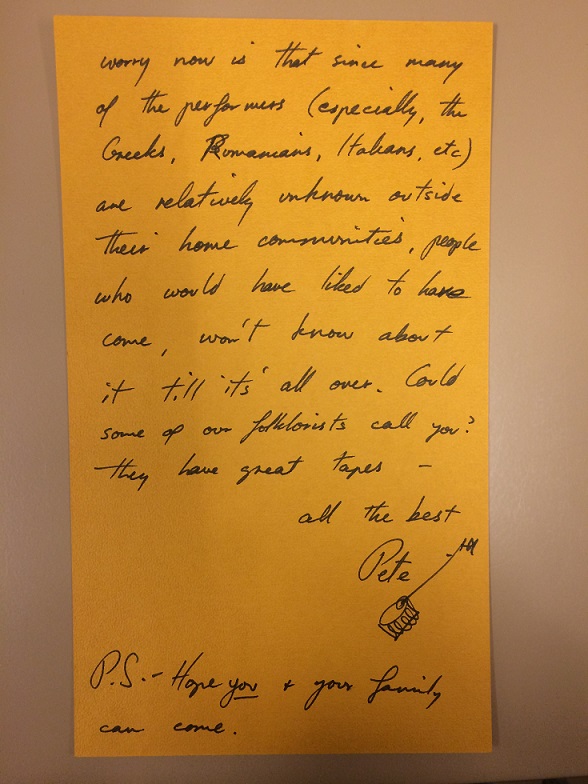 In another undated note to Sherman, Pete offers to pass along more tapes of talented songwriters. (Series 7.6, Box 43, Folder 1, Item 2.0) 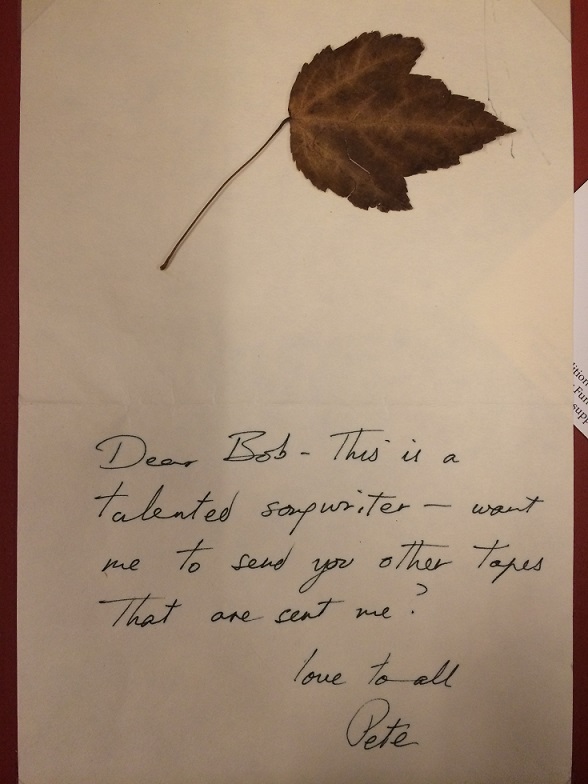 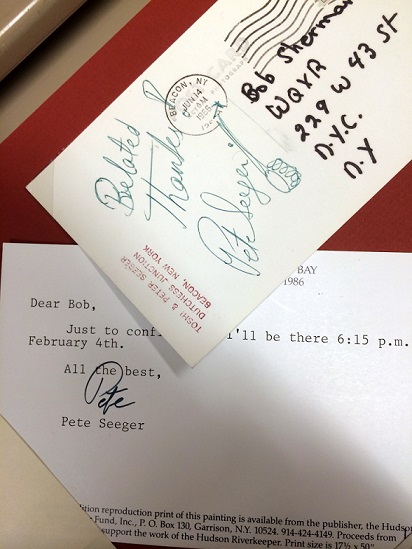 On January 18, 1972, Pete sent a note to Sherman to inquire about the latter's "Nativity" cantata; this correspondence was written on a postcard featuring information about the Seeger's conservation efforts through the Hudson River Sloop Clearwater organization. (Series 7.6, Box 43, Folder 1, Item 5.0) 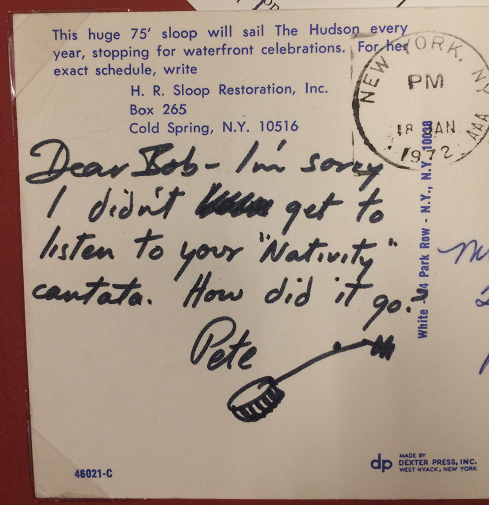