A guide to provide basic information on kit houses, as well as to provide links to resources on these prefabricated houses.

This is a guide to the Kit Houses in the United States at the first half of the 20th century. The emphasis of this guide is to provide basic information about kit houses, as well as print and eletronic resources that might be helpful to those who would like to learn more about these prefabricated houses. Email or phone the subject specialist or author of this guide for more information and assistance.

What are kit houses?

According to Houses by Mail, over 100,000 kit houses were built in the United States between 1908 and 1940. Many people have lived in kit houses for years without realizing the historical and architectural significance of their humble abodes. 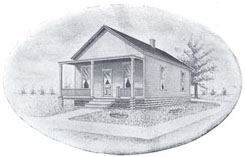 Aladdin Homes of Bay City, Michigan premiered the idea of kit houses in 1906. It wasn't until 1908 that the largest provider of kit houses, Sears, Roebuck and Co., building upon its earlier forays into building materials and house plans, entered the market for complete kit houses. In the years that followed, Wardway Homes (Montgomery Ward), Harris Homes of Chicago, the Ready Built House Company, and Robinson's also got in on the kit home market. 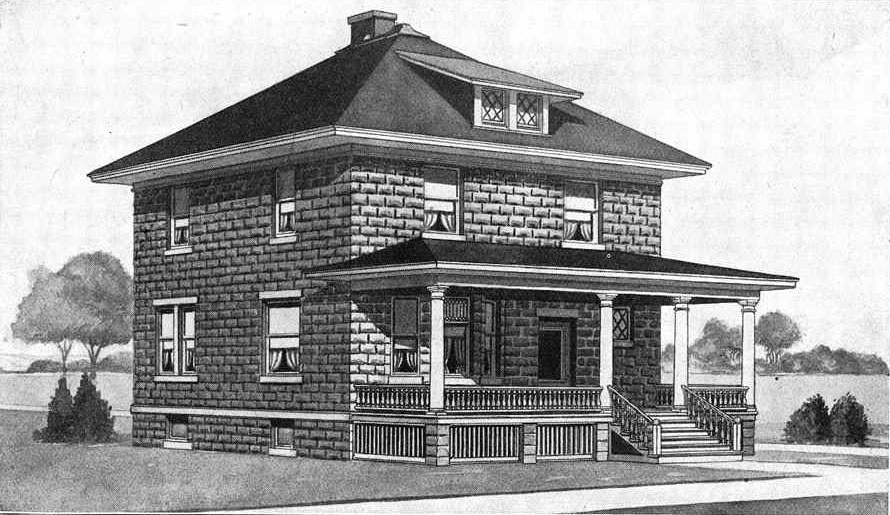 Sears Roebuck is still the most well-known of kit home manufacturers, perhaps because of their market share. Ordering directly from a catalog entitled Book of Modern Homes and Building Plans, prospective buyers enjoyed the convenience and affordability of a pre-fabricated dwelling. The purchaser would receive all of the necessary supplies in shipments by rail car (a typical house could fit into two boxcars) for assembly either by the new homeowner or a local contractor. These houses came in a wide variety of styles, designs and prices, although kit houses were generally cheaper than traditional building options. 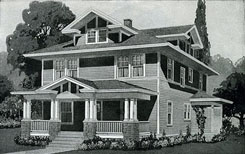 Following the stock market crash of 1929, the construction of these houses gradually declined and in 1940 Sears printed its last Book of Modern Homes. For many years these house were slowly forgotten, but in the 1980s, people looking for affordable housing began to discover kit houses. In the past two decades, scholars and local historians have documented kit houses throughout the United States. Still, many people live in kit houses without knowing their unique origin and place in America's architectural and cultural heritage. (Sources: Houses By Mail (Stevenson & Jandl); Arts and Crafts Society Webpage).