Click on each tab in the box below for more information about the most common types of Psychology and Behavioral Science publications, including some hallmark traits and benefits of each format. Please contact me, edeinert@umd.edu, if you have any additional questions or would like some help finding useful material.

Most Common Types of Psychology and Behavioral Science Publications

This scholarly material sits in contrast to a work of popular science or psychology, often simplified as pop-psyc and can be easily found in book shops and airports.

An original experiment conducted and reported by the principal researchers. Typically published in a scientific journal such as Evolutionary Psychology or The Journal of Experimental Psychology.

An example of this would be:

Dr. Jane Smith and Dr. Vicoria Wong conducted a double-blind study in which an experimental drug therapy was tested with the aim of having a significant reduction in the frequency and severity of their focus group's number of acute anxiety episodes. This study was published in the Journal of Social & Clinical Psychology in 2014 and outlined their review of of previous related literature (literature review), their materials and methods, a presentation of their results, a discussion of heir findings, a summary conclusion, a list of their references, and an appendix with a representation of their data.

A society publication is essentially a trade magazine that is commissioned and distributed by a particular professional association (ex. APA), company, sector (ex. psychopharmacological), lobby group, interest group, and more. These are interesting places to learn about the field, but they are rarely peer reviewed and are not typically the place researchers will formally share their work. These publications are often written by journalists and will likely cover recent advancement and studies, but will not be the deep and authoritative source for this information. Because they cover the topic, however, they may be a good place to start if you're investigating a new study or line of research. These publications will also be an interesting window into the discipline you're thinking of entering.

Conference proceedings are sometime difficult to distinguish from other forms of scholarly publications. This is especially true in their electronic form as individual papers, presentations, and meetings are often culled from their context and presented as a stand-alone item in the same way that journal articles are typically presented though the databases as individual items distinct from their journal context. Proceedings are importnat, however, because a lot of the work towards new directions in research and debates among scholars can tell you a lot about both individual scholars (on whose work you may be relying in other contexts) and about the field at large. In other words, this can tell you where the ideas you're researching fall into the general academic discussion and the reception of individual notions from researchers. Like with journals, conferences are often were the heavy lifting in a discipline takes place.

Essays are a little tricky to determine if you are not well versed in the literature. In fact, essays tend to share many of the characteristics of peer reviewed articles, but do not typically reflect the reporting of a direct experiment or new research. Essays as they are defined are the presentation of an argument and therefore tend towards the obviously persuasive. In other words, the author is using known works and research to highlight a particular point and is focused on the established and embellishment of ideas relevant in their field. In Psychology, essays are important as they tend to provide insight into an author's perspective and theoretical grounding. Additionally, essays are a space where new theories are developed and argued. Early insights in Psychology from the likes of Freud, Jung, etc. were a mixture of essay and case study with rather blurred lines. Freud, for example, wrote extended essays that contained elements from his clinical work such as Moses and Monotheism or Totem and Taboo. This distinction can be difficult for students new to the disciplines as often these essays are published along-side studies in journals. Essays can also be found in professional magazines, newsletters, and high-credentialed popular sources such as the New York Review of Books and the Times Literary Supplement (among others).

Chapters in a scholarly book range from the formal presentation of an experiment, theory and discussion, field study, scholarly essays, and more. Scholarly books often stem from conferences when organizers feel new work has been brought to the fore and deserves a wider audience. Typically the chapters represent formal studies arranged around a central theme and is arranged by how the authors fit within this area of study. These books are often exciting as they tend to represent a new direction in a field and often allow authors to experiment with new theories and methods along with colleagues working on similar projects.

Scholars often communicate (in text form) through citations and reviews. Reviews are therefore great for two purposes directly 1) getting a concise summary of a book usually including an analysis of the central thesis and presentation of data and 2) a sense of where both the author being reviewed sits within the field as well as the reviewers' approach to theoretical models and analysis. The latter is especially important if you are trying to understand how a particular researcher or clinician views their field and the approach to practice.

Popular articles are typically found in general interest magazines like Popular Science, Psychology Today, etc. and reflect two things most readily: 1) the public interest in the topic and 2) a plain-English explanation of the content and research. This can be particularly helpful when first first getting into a research area.

Clinical trials and other interventions can include pharmacological (drugs), neurological and physiological measures, and much more. It is crucial to note with trials both the investigators and the funding agencies responsible for the studies as sometimes trials are influenced by stakeholders seeking particular results as opposed to a commitment to pure science. This is not typical, but examples can be found and it is something to be aware of. Additionally, as with other empirical studies, investigate the methods and the literature for reproducibility (see the tab on the "reproducibility crisis" and open data in the left-hand menu).

Field studies owe more to the fields of sociology, public health, and anthropology, but are crucial measurements for understanding societal trends and anomalous occurrences in a given population. For example, a field study looking at the rates of depression amongst American Indians may not seek a treatment, but looks to investigate the phenomenon from both a qualitative and qualitative perspective by gathering human data through interviews, and similar techniques.

Psychology is an increasingly quantitative field of research and researchers are defining new ways of gathering and analysis data. As such, researchers build, modify, and upend statistical models for analysis and create the foundations for new work. These models are often published and useable in programs such as R or SPSS (more in the statistics and the Analysis software tabs). 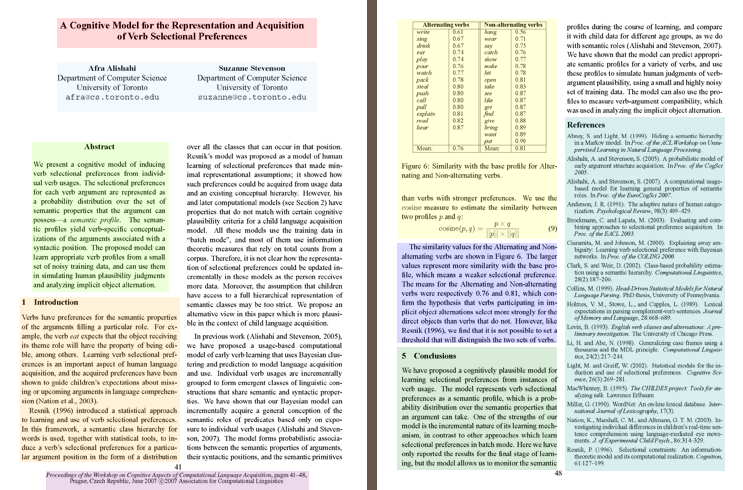