This guide will clarify how to locate, access, and use primary sources, particularly at the University of Maryland. 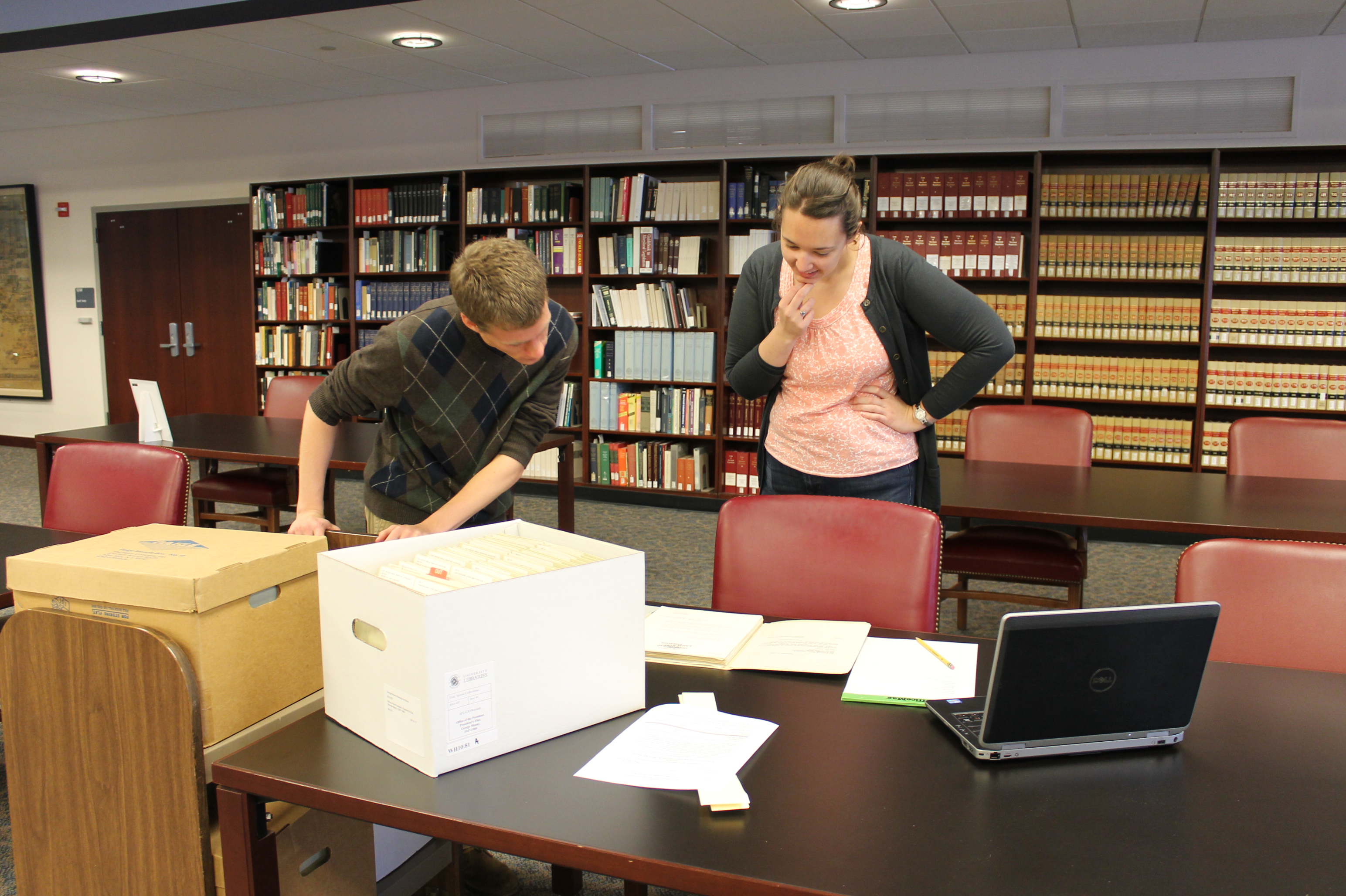 Primary Sources are first-hand information or data generated by witnesses or participants in past events. Because primary sources have not been interpreted and described by others, it is up to you, the researcher, to contextualize the document or material you are looking at and make connections to historical events and to other sources of information. S. O. A. P. S. is a quick way to analyze a primary source and begin to gather important information. Remember that primary sources can take many forms. Look through the tabs above to see some examples.

Subject - What is it talking about?

Occasion - When and where was this record created or found?

Audience - Who is it for?

Purpose - Why was it created? Why do I care?

Speaker - Who is speaking or who created it?

Correspondence is one of the most common types of primary sources. It is usually found within an archives or a manuscript collection. Researchers often use correspondence to understand personal accounts of events, discover with whom an individual corresponded, study the language and manner in which a letter was written, understand the functioning of an organization, and for many other cultural, historical, and personal purposes. In evaluating the credibility of correspondence, the researcher should determine the authenticity of the document, and whether the author was a reliable eyewitness or participant. 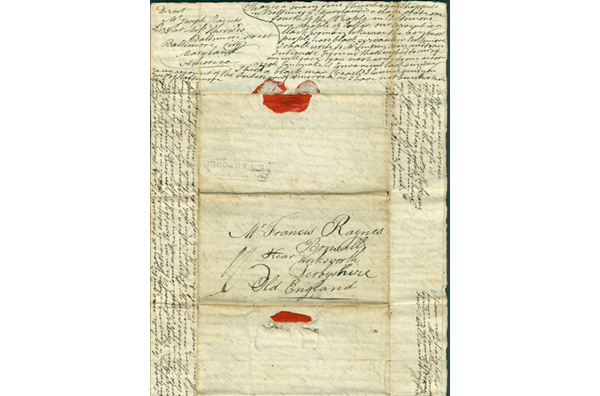 Back page of a letter written by Joseph Raynes, in Baltimore, to his family in England, 6 July 1831 .

Joseph Raynes addressed this letter to "Mr. Francis Raynes, Bonsall, Near Worksworth, Old England." Why do you think this address was not more specific?

Raynes wrote to his family: Maryland is a slave state. One-fourth of the people in Baltimore are people of color." Raynes' guess was correct, although records show that only one-quarter of Baltimore's African American population were slaves in 1830, the rest were free blacks.

Postage was expensive in the 19th century and people tried to fill as much space as they could on a sheet of paper. Learning to read different handwriting is a challenge for using primary sources.

Whether published or unpublished, official records provide a means of documenting the functions and actions of an organization. Agendas, minutes, bulletins, and reports all contribute to a researcher's understanding of the structure and operation of an institution. 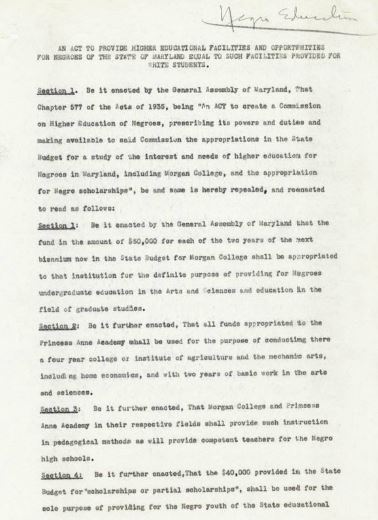 An Act to Provide Higher Educational Facilities and Opportunities For Negros, 1 June 1937

This 1937 act by the Maryland General Assembly to provide Higher Educational Facilities and opportunities for Negroes enforced the "Separate but Equal" mentality of the early 20th century.

The term "Negro" to refer to African Americans was still in common use by the 1930s. When conducting historical research, it is helpful to understand the terminology of the past in order to locate items. This document was located in a folder called "Negro Education".

Images can be powerful primary sources because they visually depict a moment in time. However, it is important to question the perspective of the person creating the images. The subjects can be posed or altered to convey a particular point of view, so the user must attempt to determine the original purpose for creating an image. 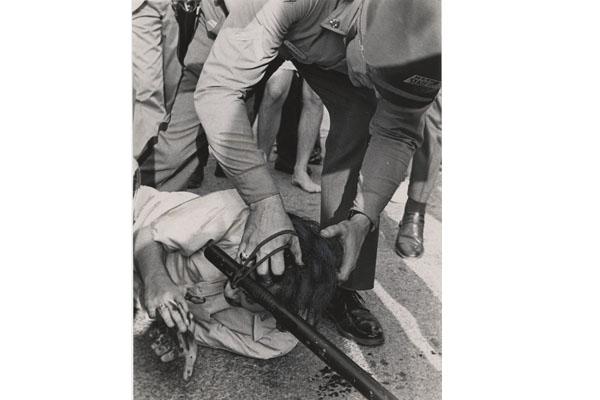 State police officer and injured student during University of Maryland riots, May 1, 1970.

At first glance a viewer might suspect that this image depicts a case of police brutality, something that did occur during campus riots in the 1970's.

Reading news accounts from this date reveals that the student was injured when he fell off a car during campus protests. It is always important to check other sources when using images.

Newspaper images are often altered so they print better. The original photo shows the hair has been colored, drawing attention to the injury.

Audio-visual recordings are often valued for the authenticity and sense of closeness they bring to the the speeches, sporting events, interviews, newscasts, and performances they document. These primary sources can also be compiled to create a useful secondary source, for example, Ken Burns's Baseball documentary is a secondary source created from a variety of primary sources.

Because handling and play back of audio-visual recordings can easily damage the contents, archives often make reference copies for researchers to use. 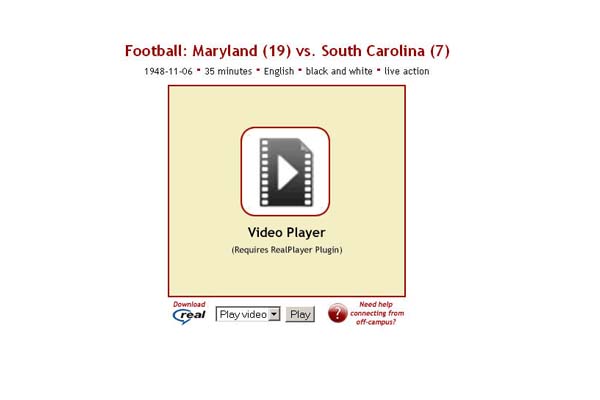 The original film, produced in 1948, is on 16 mm film. The University received a grant to preserve and digitize the film to make it more widely accessible.

Viewing this video online requires additional software, Real Player. In 100 years, will the Real Player software still exist? Will there be a way to view this film in this format?

Electronic records in the form of e-mail, databases, text documents, spreadsheets, digital images, and webpages are entering archives at an increased rate. Because these records are machine-readable, archives may not always be able to retrieve the information on the electronic media if they do not have the proper equipment or software. Metadata, or, information about the records, can help archivists and researchers better understand the content and context of an electronic record. 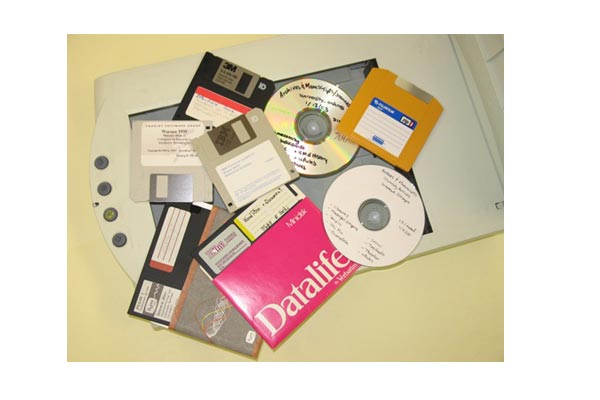 As technology evolves, so does storage media. Less than five years ago, a floppy disk with a capacity of 1.44 megabytes of data was a standard way to back up data. Now, portable hard drives with a terabyte capacity cost less than $100.

All of these disks are labeled. But what would happen if the CD were scratched, or if manufacturers stopped making CD drives?

Publications include a variety of materials such as scholary monographs, rare books, serials, and government documents. Many publications are considered secondary sources and are valuable sources because the author has already gathered and interpreted information which the new researcher can utilize. However, researchers should always consider the bias of the writer and may want to consult the primary and secondary sources used by the author to verify information.

Publications can also be viewed as primary sources when the author is the person or organization under study, the author directly observed the person, place, or event being researched, or if the researcher is using the publication to represent the viewpoints and attitudes of a given time period.

For instance, many rare books are often sought after as primary sources, not only because they are scarce but also because they often provide valuable information on the the viewpoints and attitudes of the author and his or her time. 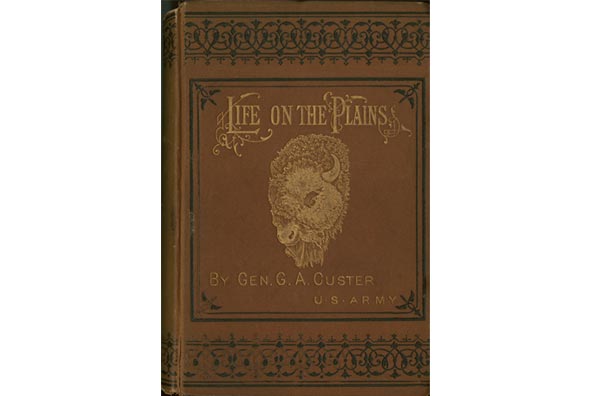 Custer, George A. My life on the plains : or, Personal experiences with Indians New York : Sheldon, 1874.

Rare books are often of interest not only for their content but also for what they reveal about book production and design over the centuries. This book is typical of book design in the 1870's with its use of gold stamping nad strong design elements.

This book was published in 1874 and reflects Custer's experiences with Native Americans in the years after the Civil War.

Although this book can be considered a primary source because it is an autobiographical account of Custer's experiences, it is removed in time from the experiences. It also reflects his viewpoint nad bias as an agent of the U.S. government. 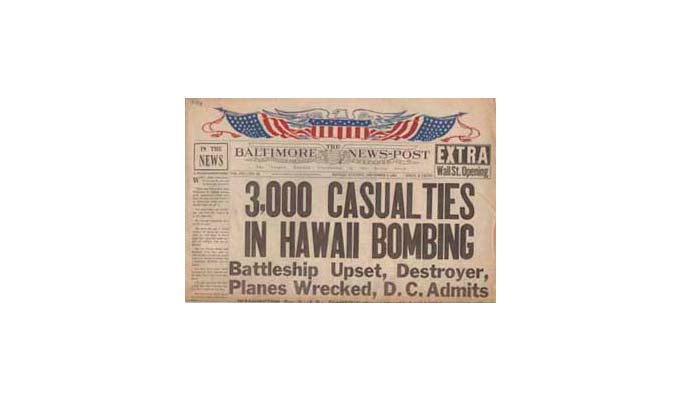 Newspapers represent one of the richest sources of information but remain underutilized because their vastness inhibits access. Although often used as primary sources, newspapers usually represent a step away in reliability because the reporting is filtered through a number of interpretive and editorial processes. The reporter may be wrong in his or her explanation of events or have a personal mission that clouds the perspective of objectivity. Most news media are profit-making enterprises; hence, the researcher must decide if the weight given certain types of reporting is done "to sell newspapers" or attract advertisers. Conversely, newspapers may be the only available source for information on persons, places and events for which no other type of record exists.

It is also important to consider whether the report was on the scene in Hawaii or was gathering second hand reports from other newspapers. 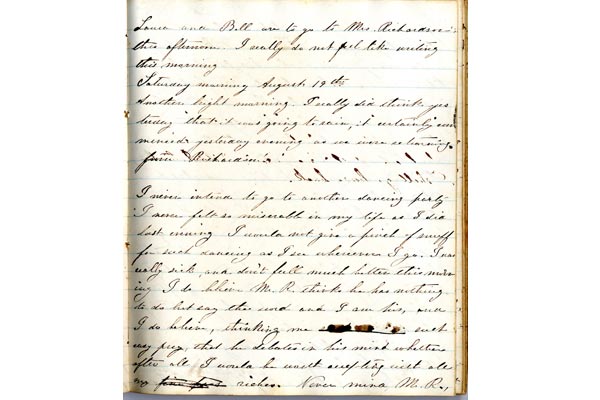 People, from the famous to the obscure, often choose to record their thoughts and memories. Although autobiographies and memoirs are often considered primary sources, reseachers should keep in mind that their authors may be many years removed from the original events and may be writing as an attempt to control their reputation for posterity. However, diaries and journals are often documents that were not designed to be read by others and hence often exemplify a less self-conscious nature and can be extremely valuable primary sources. In addition to documenting the life and times of an individual, diaries can provide scholars with other data, such as weather reports and financial information.

According to the calendar, August 19, 1859 was actually a Friday!

Susan often scratched out what she wrote. With digital technology, or even a magnifying glass, it is sometimes possible to read the deleted text.

Susan often referred to her neighbors only by their initials, requiring detective work by scholars interested in finding out their identity.