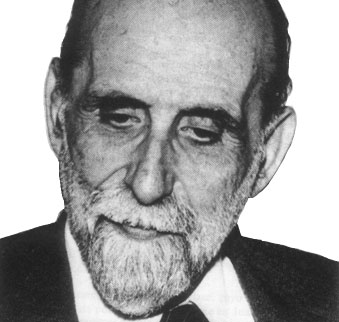 Juan Ramón Jiménez is one of the most celebrated Spanish writers of the 20th Century. He was born on December 23rd, 1881 in Moguer, Andalusia, Spain. He wrote and painted throughout his childhood, and studied law at the University of Seville. He never practiced law, however.

He published his first two books in 1900 at the age of 19. He gained the attention of Madrid poet Ruben Dario, who invited Jiménez to Madrid. Jiménez battled a severe depression during this time as a result of his father’s death and soon returned to Moguer. He then went to France for treatment in a sanatorium. He then moved back to Madrid and then returned to Moguer. During this time he published Elejías puras (Pure Elegies) in 1908 and La soledad Sonora (Sonorous Solitude) in 1911.

In 1914, he published Platero y Yo, a prose poem about his homeland in Andalusia. Platero y Yo (Platero and I) tells the story of a man and his donkey, and the life they lead in Andalusia. It is a beloved story, popular in both his homeland, the United States and Latin America. You can read more about this book in the "About the book" tab to the left.

Jiménez married the Spanish-born writer Zenobia Camprubí in 1916. She became his constant companion and indispensable collaborator. They each had their writing careers and together they worked as translators. The couple left Spain when civil war broke out in 1936. They lived in Cuba, Puerto Rico, Washington DC, and Florida before settling permanently in Puerto Rico in 1951. He finished his career as a Professor of Spanish Language and Literature at the University of Puerto Rico. In addition to writing and teaching, Jiménez was a literary critic and editor of literary journals. A full list of his publications can be found on the website for the Zenobia Juan Ramon Jimenez Foundation.

Jiménez taught here at the University of Maryland from 1948 – 1951. You can see his influence here on campus; there is Jiménez Hall located near McKeldin Library, the Juan Ramón Jiménez room in Stamp, and the Jiménez -Porter Writers’ House. It was UMD professor Graciela Nemes who nominated Jiménez for the Nobel Prize and had a building at the University of Maryland named after him.

In 1956, Jiménez won the Nobel Prize in Literature for his “lyrical poetry, which in Spanish language constitutes an example of high spirit and artistical purity.” He was not able to attend the banquet to receive his prize and sent his colleague Jaime Benitez, Rector of the University of Puerto Rico, to accept on his behalf. Just a few days after the Nobel banquet, Zenobia died after a long illness. Jiménez died in San Juan, Puerto Rico on May 29th, 1958. He was 76 years old.

The Writers' House is named for two twentieth-century writers closely connected to the University of Maryland. Juan Ramón Jiménez was a professor in the Department of Spanish and Portuguese and a recipient of the Nobel Prize for Literature. Katherine Anne Porter is a preeminent American fiction writer who left a portion of her personal library and papers to the university, housed among the Special Collections in Hornbake Library.

The Jiménez-Porter Writers' House is a campus-wide literary center for the study of creative writing across cultures. Writers’ House residents live in a close community of 50 to 60 undergraduate students who share an interest in creating stories, poems, and plays. Students attend colloquia, share their writing with each other in a supportive workshop environment, and attend additional special events together. Writers' House students organize Litfest, our annual literary bash, every Spring. Writers' House offers a one or two year program. Undergraduates and transfer students can apply to the program. The program's mission is three-fold:

This program enables our graduates to be strong candidates for MFA programs and entry level positions as teachers, mentors or teaching assistants, literary event organizers as well as future writers and/ or publishers. Upon successful completion of the two year program, participants receive a notation upon their transcripts.