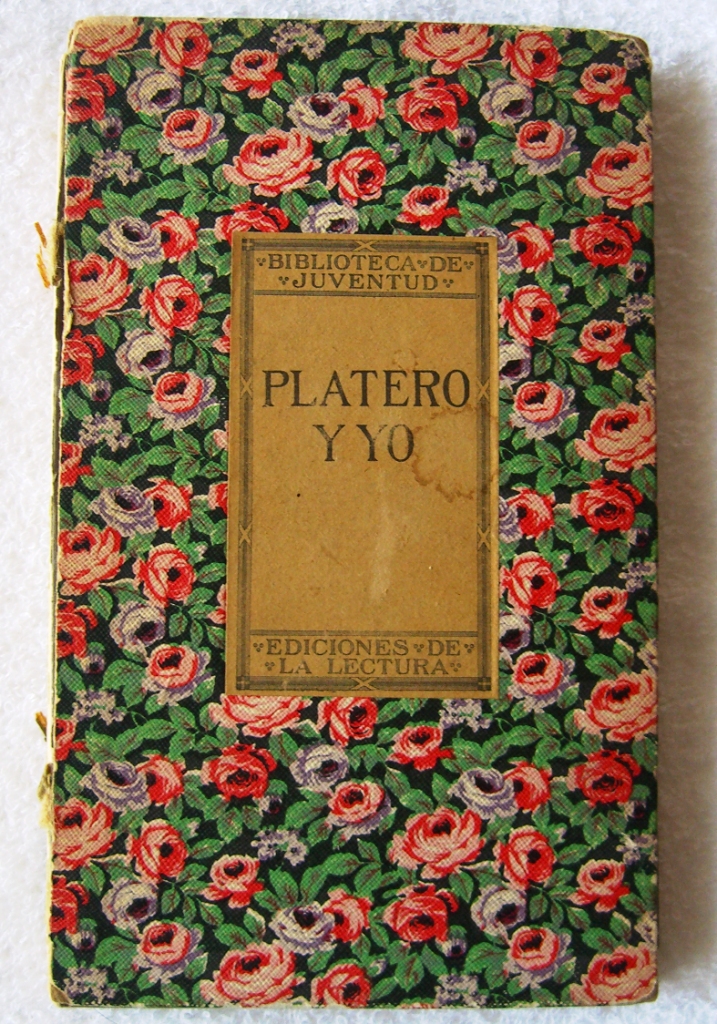 Mario Castelnuovo-Tedesco  set Juan Ramon Jimenez's Platero y Yo to guitar music. Like the book, the guitar piece is a well-loved work of art. Many recordings can be found in the Internet Archive and YouTube. Below is one such example.

In 1914, Juan Ramón Jiménez published Platero y Yo, a prose poem about his homeland in Andalusia, Spain. Platero y Yo (Platero and I) tells the story of a man and his donkey, and the life they lead. Platero is described as a small, soft, hairy donkey. His fur is said to be so soft to the touch that he seems to be made of cotton. Only his eyes are hard, jet black like crystal scarabs.

The donkey is considered a symbol of tenderness, purity and naivete. The author uses him as a means of reflection about the simple joys of life, memories, and description of characters and their ways of life. The story is also recognized as an excellent example in comparative literature.

It is a beloved story, popular in both his homeland, the United States and Latin America. It has been translated into more than 100 languages and has been put to music. Statues of Platero have been erected in Moguer in honor of the story and Jiménez. Furthermore, there are countless recordings of recitations by both children and adults as well as language teaching tools that use the story in their lessons. 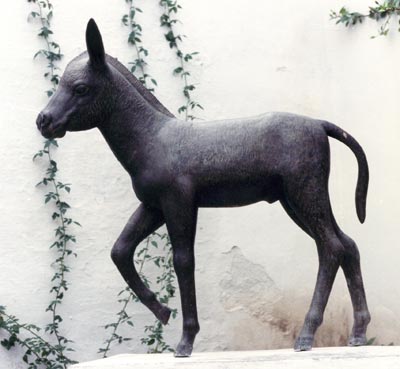 The Nobel Prize for Literature

Jimenez was awarded the Nobel Prize for Literature in 1956. He was not able to attend the banquet ceremony in Stockholm because his wife was ill. Jaime Benitez, Rector of the University of Puerto Rico, read his speech on his behalf. To read more about this speech visit the Nobel Prize website.

"Juan Ramón Jiménez has given me the following message to convey to you:

«I accept with gratitude the undeserved honour which this illustrious Swedish Academy has seen fit to bestow upon me. Besieged by sorrow and sickness, I must remain in Puerto Rico, unable to participate directly in the solemnities. And so that you may have the living testimony of my own intimate feelings gathered in day-by-day association of friendship firmly established in this land of Puerto Rico, I have asked Rector Jaime Benitez of its University, where I am a member of the faculty, to be my personal representative before you in all ceremonies connected with the Nobel Prize awards of 1956.»

I have found such affection for Juan Ramón Jiménez and such understanding for his works that I trust you will excuse me if I single out for special thanks one among you so wise and penetrating that I am certain all others will be glad to be recognized in him. I refer to your own great poet Hjalmar Gullberg, whose presentation this afternoon we shall always remember and whose rendition of Juan Ramón Jiménez' poetry has brought to the Scandinavian people the clear purity of our Andalusian master.

Juan Ramón Jiménez has asked me also to say this: «My wife Zenobia is the true winner of this Prize. Her companionship, her help, her inspiration made, for forty years, my work possible. Today, without her, I am desolate and helpless.»

I have heard from the trembling lips of Juan Ramón Jiménez some of the most touching expressions of despair. For Juan Ramón is such a poet that his every word reflects his own internal kingdom. We fervently hope that someday his sorrow will be expressed in writing and that the memory of Zenobia will provide renewed and everlasting inspiration to that great master of Hispanic letters, Juan Ramón Jiménez, whom you have honoured so signally today."