A guide to resources on the Civil Rights Movement in Maryland using materials from the University of Maryland Special Collections in Hornbake Library.

The African-American and African Pamphlet Collection is part of the Rare Book Collection located in the Maryland Room in Hornbake Library.  It consists of 20th century materials on African, African-American, and Caribbean culture and literature. The collection spans the years 1905-1979, although the majority of the pamphlets date from the 1960s and 1970s.

The pamphlets are in English, French, and a variety of African languages, such as Swahili, Tsonga, Tswana and Xhosa. Some of the unique publications include a transcript of a 1931 worker's trial by the U. S. Communist Party on a race-related incident, 1970s university studies on integration, and texts of speeches given by American radical leaders and leaders of African countries.

An online inventory for the collection is available.  Subject headings include: 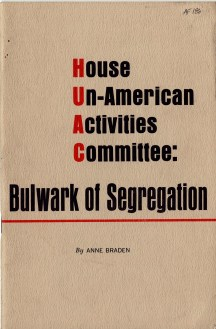