How Does the Supreme Court Works

Article III of the Constitution, which establishes the Judicial Branch, leaves Congress significant discretion to determine the shape and structure of the federal judiciary. Even the number of Supreme Court Justices is left to Congress — at times there have been as few as six, while the current number (nine, with one Chief Justice and eight Associate Justices) has only been in place since 1869. The Constitution also grants Congress the power to establish courts inferior to the Supreme Court, and to that end, Congress has established the United States district courts, which try most federal cases, and 13 United States courts of appeals, which review appealed district court cases.

The Judicial Branch consists of: 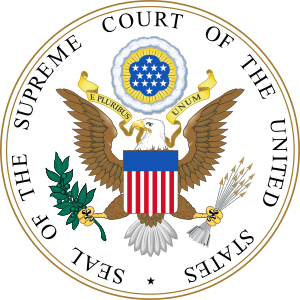 The Supreme Court plays a very important role in our constitutional system of government. First, as the highest court in the land, it is the court of last resort for those looking for justice. Second, due to its power of judicial review, it plays an essential role in ensuring that each branch of government recognizes the limits of its own power. Third, it protects civil rights and liberties by striking down laws that violate the Constitution. Finally, it sets appropriate limits on democratic government by ensuring that popular majorities cannot pass laws that harm and/or take undue advantage of unpopular minorities. In essence, it serves to ensure that the changing views of a majority do not undermine the fundamental values common to all Americans, i.e., freedom of speech, freedom of religion, and due process of law. 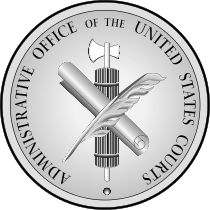 International trade, always important to our nation and the world, is more important today than ever before. As the effect of international trade on the economy has grown, there has been a corresponding increase in disputes within the international trade community — among nations, individuals, foreign and domestic manufacturers, consumer groups, trade associations, labor unions, and concerned citizens — and a growing need to assure consistent, fair and impartial adjudication of these disputes. 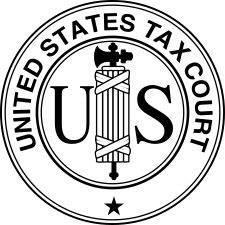 United States Tax Court is to provide a national forum for the expeditious resolution of disputes between taxpayers and the Internal Revenue Service; for careful consideration of the merits of each case; and to ensure a uniform interpretation of the Internal Revenue Code. The Court is committed to providing taxpayers, most of whom are self-represented, with a convenient place of trial and, when their disputes involve relatively small amounts of tax, simplified procedures.

The Court of Federal Claims is authorized to hear primarily money claims founded upon the Constitution, federal statutes, executive regulations, or contracts, express or implied in fact, with the United States. Many cases before the court involve tax refund suits, an area in which the court exercises concurrent jurisdiction with the United States district courts. The cases generally involve complex factual and statutory construction issues in tax law. Another aspect of the court's jurisdiction involves government contracts. 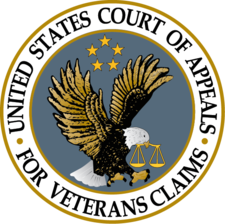 The United States Court of Appeals for Veterans Claims is a national court of record, established under Article I of the Constitution of the United States. The Court has exclusive jurisdiction to provide judicial review of final decisions by the Board of Veterans' Appeals, an entity within the Department of Veterans Affairs. 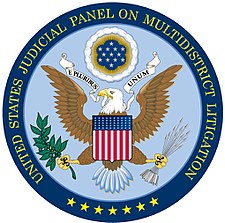 Judicial Panel on Multidistrict Litigation has the authority to transfer cases to a single district court when cases in more than one court address similar questions. Examples are mass tort actions arising from airplane crashes, breast implants, or asbestos. Seven courts of appeals and district court judges named by the Chief Justice make up the panel. 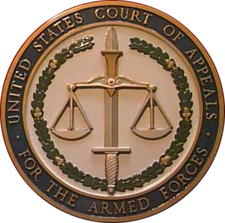 United States Court of Appeals for the Armed Forces

The United States Court of Appeals for the Armed Forces exercises worldwide appellate jurisdiction over members of the armed forces on active duty and other persons subject to the Uniform Code of Military Justice. The Court is composed of five civilian judges appointed for 15-year terms by the President with the advice and consent of the Senate.

The Federal Judicial Center is the research and education agency of the judicial branch of the United States Government. The Center supports the efficient, effective administration of justice and judicial independence. Its status as a separate agency within the judicial branch, its specific missions, and its specialized expertise enable it to pursue and encourage critical and careful examination of ways to improve judicial administration. The Center has no policy-making or enforcement authority; its role is to provide accurate, objective information and education and to encourage thorough and candid analysis of policies, practices, and procedures.