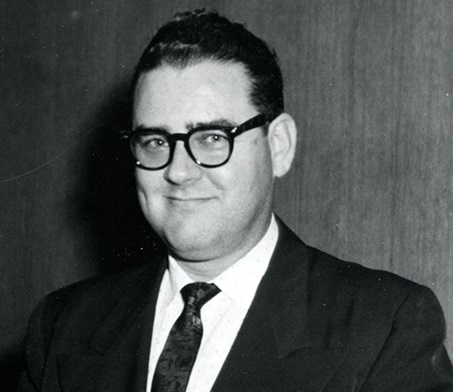 James Clifton Williams, Jr. (1923–1976), was one of America's leading wind ensemble composers and a virtuoso hornist with the San Antonio and New Orleans Symphony Orchestras.

Williams won the first ABA Ostwald Award in 1956 for his Fanfare and Allegro and won the award the following year for his Symphonic Suite. Both pieces remain staples in the concert band repertoire. 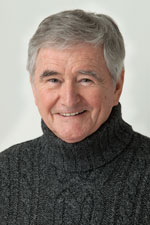 James Mark Quinn (b. 1936) is an award-winning composer of works for theater, television, and the concert stage. His chamber music, songs, and other works in various media have earned him over 44 consecutive awards from the Popular Awards Panel of the American Society of Composers, Authors and Publishers (ASCAP).

Quinn worked as composer/librettist on the Emmy Award–winning and Blue Ribbon Citation Award–winning opera-ballet Requiem for a Slave and as the principal composer and associate lyricist of the musical Do Black Patent Leather Shoes Really Reflect Up?, which holds performance records in Chicago, Detroit, and Philadelphia.

Quinn remains the youngest composer ever to have won the ABA Ostwald Award, which he received for Portrait of the Land in 1958, written when he was just 21. 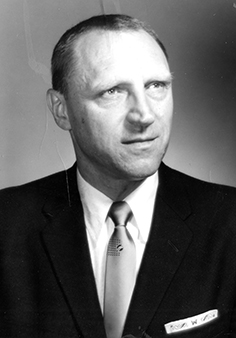 Weed taught music and served as supervisor of instrumental music for the public schools of Iona, Michigan, from 1934 to 1936, and for Three Rivers, Michigan, from 1937 to 1943. He served as faculty at Ripon College, the Eastman School of Music, Northern Illinois University (where he was head of the music department until 1974), and Western Carolina University.

His compositions have been performed in many notable venues including the concert hall of the Eastman School of Music, Carnegie Hall in New York, and Constitution Hall in Washington, DC. Weed has won many notable awards including the National Symphony Orchestra's 25th anniversary award in 1956, first prize in the competition MacDowell Fellowship in 1961, the J. Fisher & Bro. Centennial Award in 1964, and the Pedro Paz Award in 1966.

Weed won the ABA Ostwald Award in 1959 for his Introduction and Scherzo for Band. 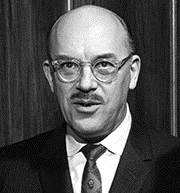 Florian F. Mueller (1909–1983) was principal oboist of the Chicago Symphony Orchestra and a major developer of the American school of oboe playing. He performed under Frederick Stock, Artur Rodzinsky, Rafael Kubelik, and Fritz Reiner, and guest composer-conductors Maurice Ravel, Sergei Rachmaninoff, Igor Stravinsky, and Zoltan Kodaly. As a composer he heard some of his works performed by the Chicago Symphony Orchestra.

Mueller left the CSO to serve on the faculty at the University of Michigan, where he taught oboe and played in the faculty woodwind quintet and baroque trio.

Mueller’s Overture in G, which won the 1960 Ostwald Award, is a piece in sonata-allegro form containing a fugue based on a hymn tune by Thomas Tallis. 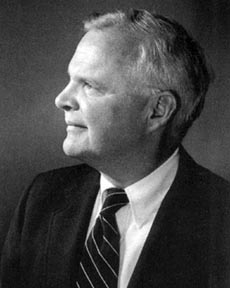 Joseph Willcox Jenkins (1928–2014) was an American composer and professor of music. Jenkins served as faculty at the Mary Pappert School of Music, at Duquesne University, where he served as head of the theory and composition department and taught music theory, orchestration, and composition, and ended his career as Professor Emeritus.

Jenkins studied pre-law at Saint Joseph's University (then St. Joseph's College) in Philadelphia. During this time he also studied composition and counterpoint with Vincent Persichetti at the Philadelphia Conservatory. Jenkins received a master of music degree from the Eastman School of Music, where he studied under Thomas Canning, Howard Barlow, Bernard Rogers, and Howard Hanson, among others, and he received his doctorate from Catholic University, where he studied with William L. Graves and Conrad Bernier.

In addition to his university teaching, Jenkins worked in Pittsburgh as the organist and orchestra director at St. Edmund's Academy and composed works for the orchestra at the Ellis School. He composed works for other elementary and secondary schools, including the Holy Innocents High School of Pittsburgh and the Marlborough School of Los Angeles.

Jenkins won the 1961 Ostwald Award for his Cumberland Gap Overture, inspired by the Cumberland region of the Appalachians between Kentucky and Tennessee. 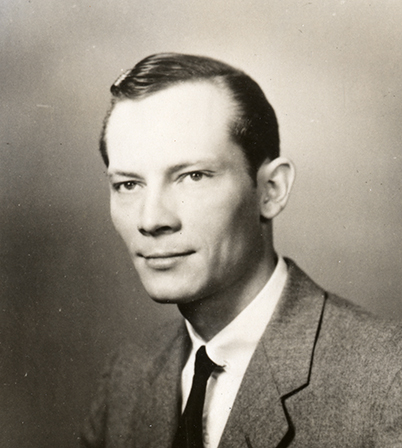 John Arthur "Fritz" Velke II (1930–2005) was a Fairfax County (Virginia) music teacher and conductor of the National Concert Band of America until his retirement in 1997. He received a bachelor's degree in 1953 and a master's degree in 1955, both in music, from Catholic University and was president and chief executive of Velke Publishing Co.

Velke was born Washington, DC, and grew up in Alexandria. As a child he studied piano, violin, and trombone. He played several seasons as a violinist in the Fairfax Symphony Orchestra and as a trombonist in the U.S. Air Force Band. In 1986, he began performing with Windjammers Unlimited and in 1991 became a member of the guest conductor staff.

Velke won the ABA Ostwald Award in 1962 for his Concertino for Band.

Frederic Ashe (1917–1966) began piano studies at the age of eight with graduates of the Peabody Conservatory and played cornet in his high school band in Pennsylvania. Ashe received a bachelor of music degree and master of music degree from the University of Miami in Coral Gables, Florida.

During World War II, Ashe served in the 24th Infantry Division Band as a trumpeter, arranger, and dance band leader. In 1948, he joined the faculty at the University of Miami School of Music where he taught theory, orchestration, and composition, served as chairman of the theory department, and was a member of the School of Music council.