A guide to finding and researching graphic novels and comics in the UMD Libraries. 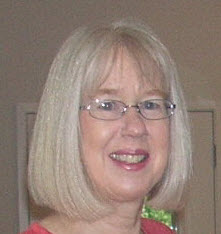 What Is a Graphic Novel?

According to the Oxford English Dictionary, a graphic novel is “a full-length (esp. science fiction or fantasy) story published as a book in comic-strip format.” Many resources, the above citation included, originate the term with the publication of Will Eisner’s A Contract with God: And Other Tenement Stories . . . a graphic novel (1978). When seeking a publisher for the work, Eisner called it a graphic novel, though in fact it was a collection of stories, not a novel. Though at the time Eisner believed he created the term, he later discovered he was not the first to use it. However, not until Eisner, with this new creation that on the outside did not look like comic book, did the term get much traction.

Since the term’s introduction, it has been subject to much debate. In Scott McCloud’s graphic novel exploration of the medium, Understanding Comics: The Invisible Art, he states that comics are "juxtaposed pictorial and other images in deliberate sequence." Is a graphic novel more than just a mere comic? Is it merely a "big comic book that needed a bookmark," as Art Spiegelman, the writer of the only Pulitzer Prize-winning graphic novel Maus, once said? Were the two essential elements that defined it "speech balloons and narrative breakdown," as comic scholar Robert C. Harvey declares?

Stephen Weiner, author of Faster Than a Speeding Bullet: The Rise of the Graphic Novel, has an umbrella definition for all the formats graphic novels have taken over the years: "book-length comic books that are meant to be read as one story, including collections of stories in genres such as mystery, superhero or supernatural that are meant to be read apart from their corresponding ongoing comic book storyline."

While this term seems to cover it all, the graphic novel as it is known today is better served by the exploration in Michael Schumacher’s Will Eisner biography:

book-length works of sequential art expanded in scope [beyond science fiction and fantasy] to include biography, memoir, history, and other types of non-fiction.

However, even Eisner considered the term very limited, preferring "graphic literature" or "graphic story". As it is a continually evolving medium, especially in the digital age, the term is still subject to much criticism and debate.