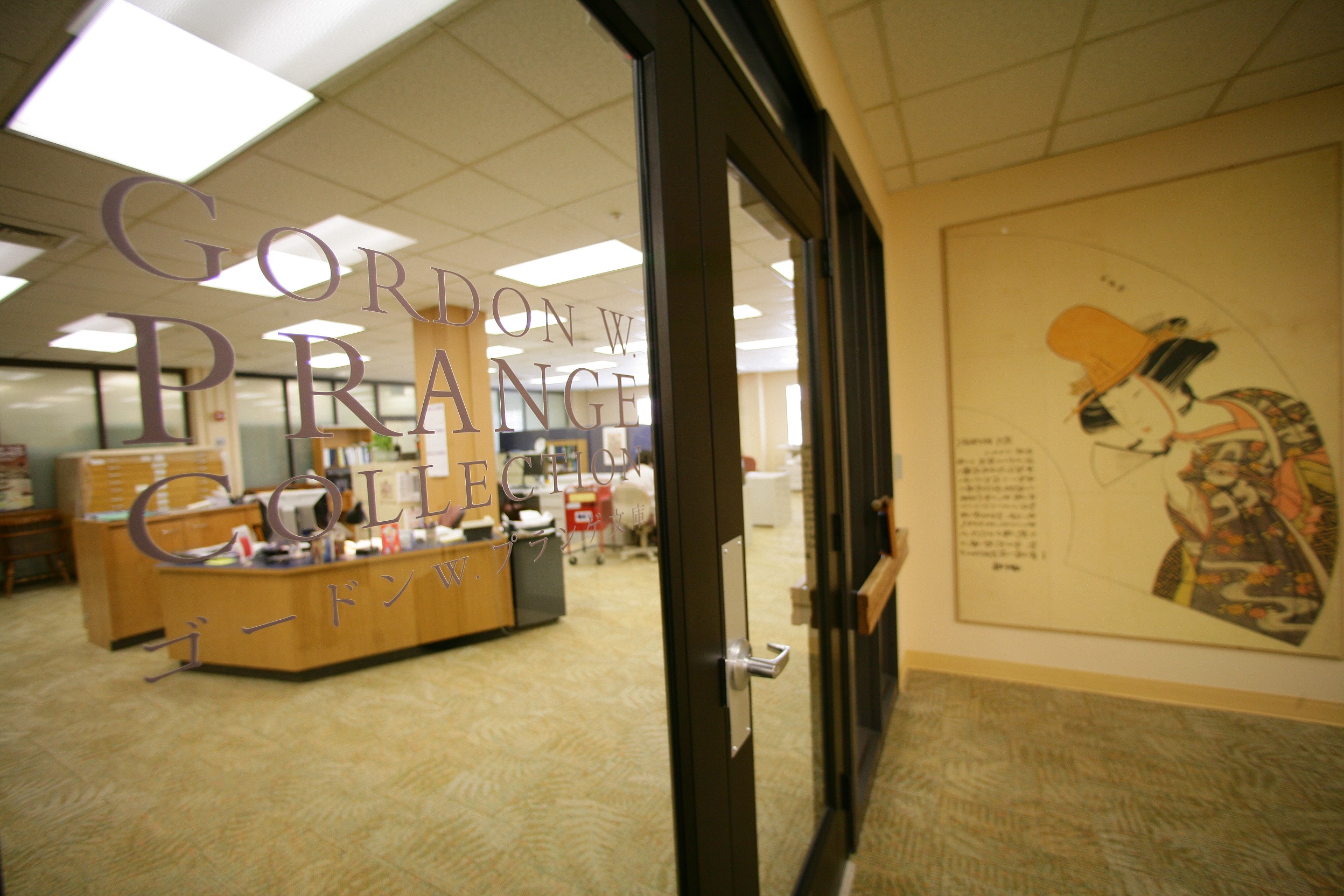 Albert W. Hilberg, M.D., was a physician member of the Atomic Bomb Casualty Commission (ABCC). The Albert W. Hilberg ABCC Photographs and Reports consist of 48 photographs of Hiroshima before and after the atomic bombing and 41 reports of the ABCC.  These photographs may not be unique to the Prange Collection and may likely be held in National Archives (NARA) and/or other libraries, such as the National Library of Medicine.

Access:  The Albert W. Hilberg ABCC Photographs are available through the University of Maryland Libraries Digital Collections. An overview of the collection and a finding aid can be found here.

Robert P. Schuster was a medical equipment repair specialist for the Allied Forces during the Occupation of Japan.These photographs, totaling 738, were shot, developed, and captioned by Schuster.  The vast majority were taken in 1946 and document Schuster's experience, both personal and professional, during his stay in Japan.  Photograph at left:  RS-142, inscription on back, "at work on an aspirating unit suction pump.  13th Gen. Hosp. Osaka, Japan  Aug. '46"

Provenance:  The Schuster Photographs were acquired in 2002.

Access:  The photographs are available for use in the Maryland Room on the 1st floor of Hornbake Library North.  An overview of the collection and a brief finding aid can be found here.  An item-level inventory is available below: 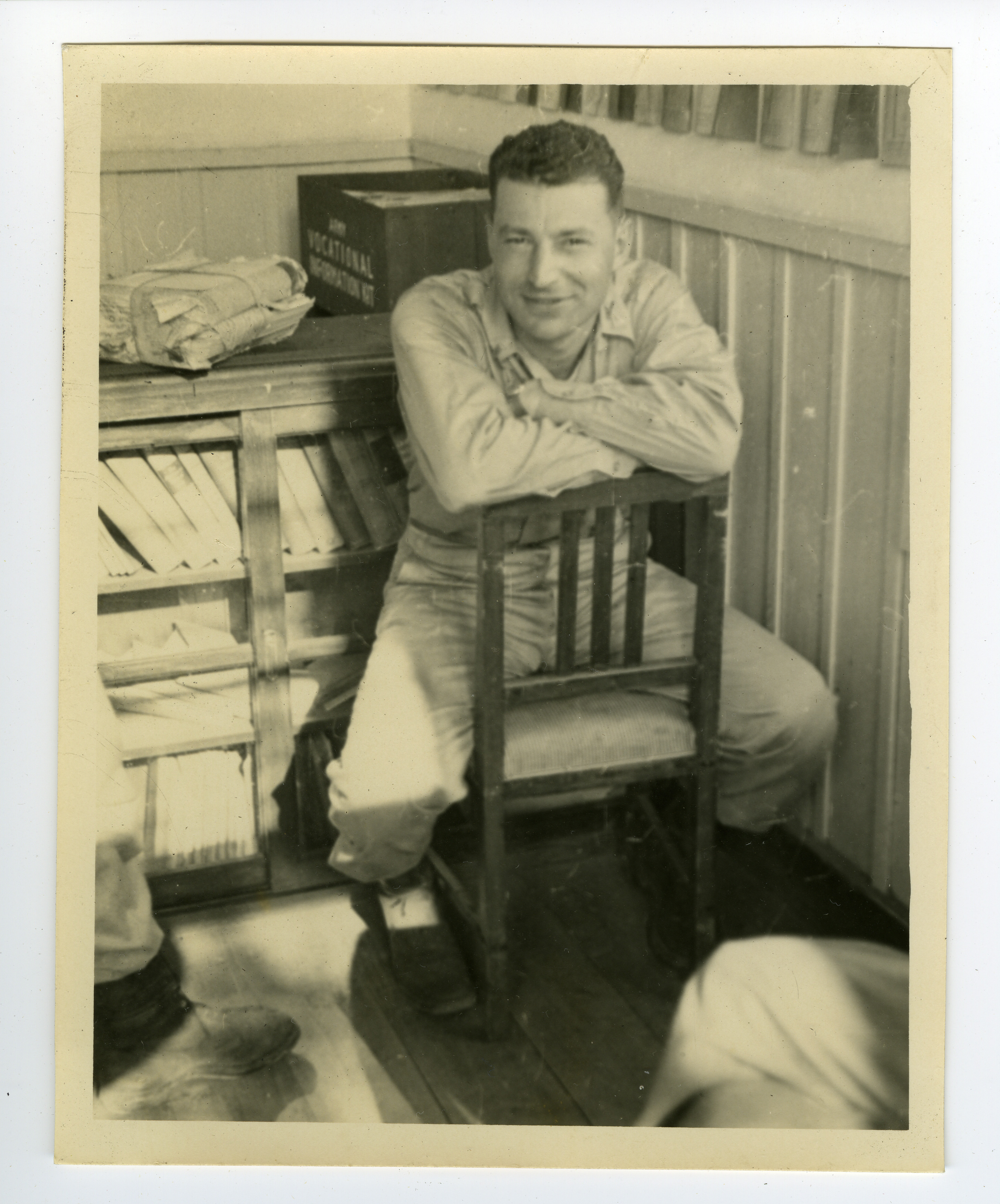 Mark Biegel was Information and Education Officer of the 21st Infantry of the United States Army stationed in Japan during the Occupation.  He received the Army Commendation Ribbon for the success of the information program under his supervision for the 21st Infantry’s publication, The Diamond News, and for his supervision of the Unit College. The photographs date from October 1945 through August 1946.  Photograph at left:  MB-050, inscription on back "Radio station office Kumamoto."

Access:  A digital surrogate of the Biegel photograph album is available for use in the Maryland Room on the 1st floor of Hornbake Library North. An overview of the collection and a finding aid can be found here.